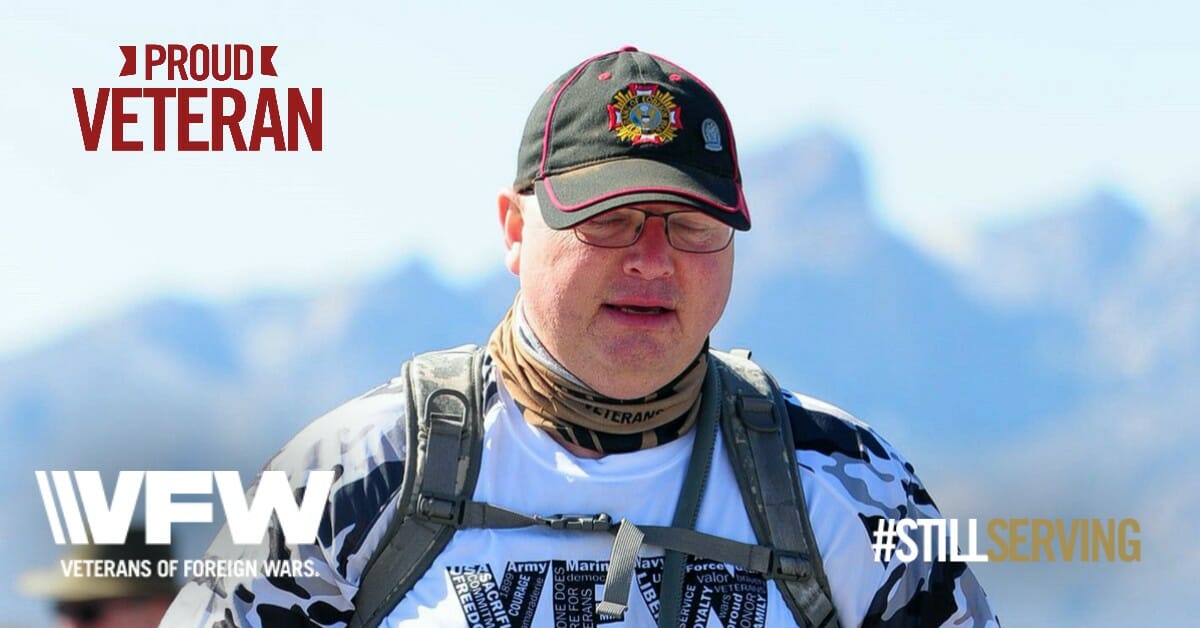 As a platoon sergeant in the U.S. Army with 20 years of service, David Sousa knew how to watch out for and help the men and women around him when they faced struggles. He didn’t expect to lose a friend and find that he needed help too.

“A good friend of mine committed suicide in March 2013 and it triggered some major emotions with me. I had a hard time dealing with my own struggles, and I made several attempts at suicide,” said Sousa.

“I went to a military training called Applied Suicide Intervention Skills Training (ASIST) to prevent suicide by recognizing signs, providing a skilled intervention and developing a safety plan to keep someone alive. ASIST opened my eyes to seek out therapy for myself.”

Sousa, who lives in Sparks, Nevada, started a journey that led him to dedicate himself to helping other service members and veterans who struggle with mental health. An important early step was getting connected to the Nevada Division of Public and Behavioral Health Office of Suicide Prevention as he began working through his PTSD.

“We started a group dealing with the rise in veteran suicides and developed some courses of action,” Sousa said.

“In 2014, I was appointed by then-Governor Brian Sandoval to the Veterans Suicide Prevention and Awareness Council. We worked on landmark legislation in the state mandating that anyone with a health care license must get training for suicide prevention.”

Sousa retired from the Army in 2015 after more than two decades. Highly decorated for his honorable service, his experiences ranged from humanitarian missions in Kenya and Somalia to combat and security missions in Iraq and Afghanistan. Seeing so much while on active duty gives him empathy and motivation as he looks for ways to help veterans.

One meaningful resource for Sousa is “The Spartan Pledge,” which resonated with him as he met and corresponded with Boone Cutler, creator of the pledge and a fellow veteran.

“The pledge is, ‘I will not take my life by my own hand without talking to my battle buddy first. My mission is to find a mission to help my warfighter family.’ It’s powerful,” said Sousa.

The pledge to stay connected and find a mission in life is valuable to Sousa, and he’s proud of making it a part of events with the VFW and a VA hospital. Sousa is a member of Post 3396 and the Veterans Affairs Voluntary Service Representative at the VA Sierra Nevada Healthcare System in Reno. He’s a past post, district and department commander and has served on the VFW National Legislative Committee.

Currently, Sousa also is involved with several groups that host outdoor walks, hikes and bicycle rides for veterans. It’s become another good way to ensure service members find connection and activities to stay healthy physically and mentally. He’s committed to serving their loved ones as well.

“I assist with and create programs for service members, veterans and their families to receive valuable training and to build camaraderie in our communities,” Sousa said.

“I also help people in my community that are suffering from suicide to get them what they need. That could be people in need of immediate assistance that have thoughts of suicide as well as being there for families if they’ve lost someone to suicide to help them with resources and community support.”

Sousa knows his new mission is vital, and he plans to keep serving as long as he’s needed.