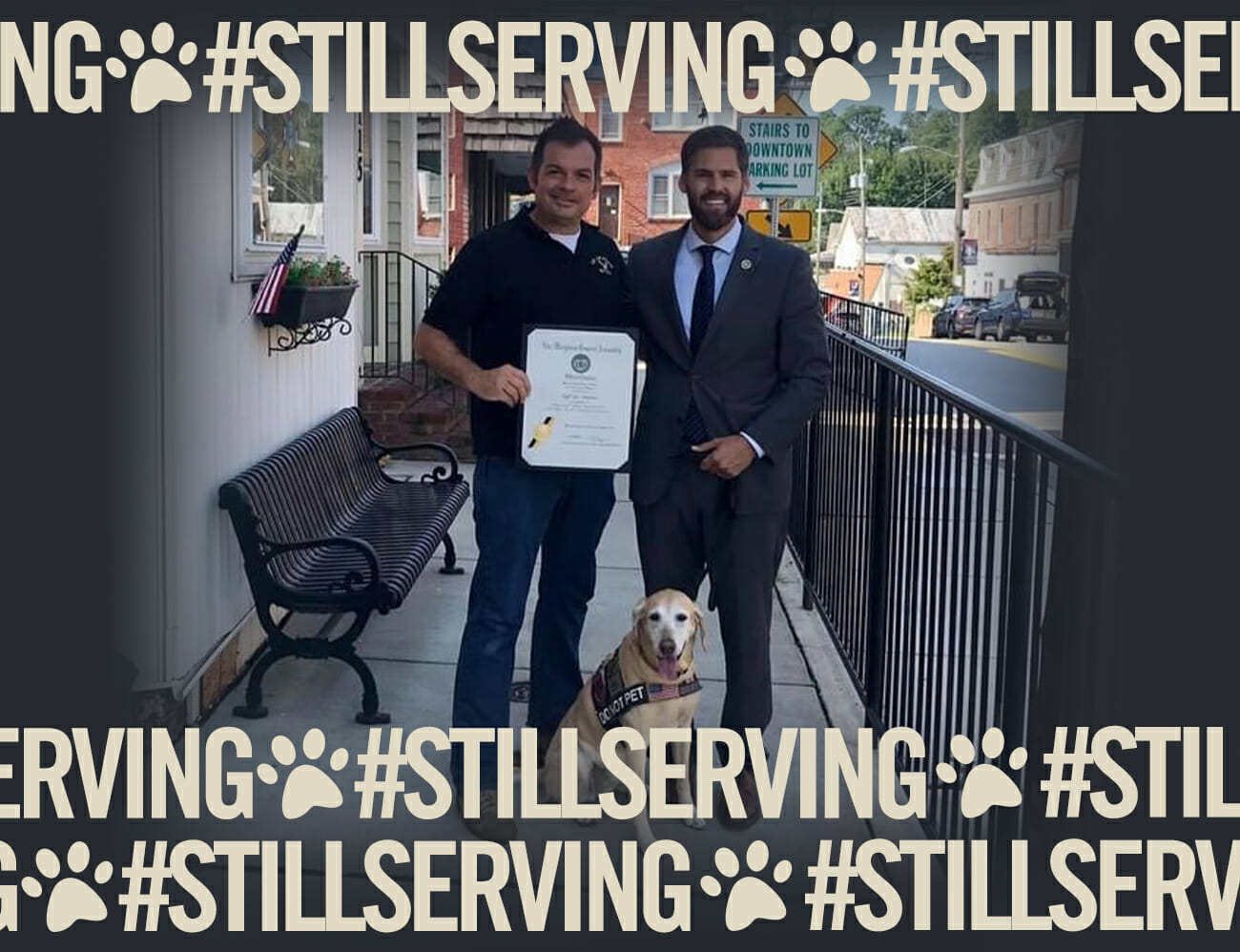 Micah Jones is #StillServing by protecting and supporting his local community with the help of his dog Summer, also a heroic veteran.

A K9 handler in the Air Force for more than two decades, Jones served all over the world, including in Panama, Iraq, and Afghanistan, cherishing the experience.

“Being a K9 handler and trainer is my passion in life,” he said. “I truly enjoyed my 21 years in the Air Force!”

After the military, Jones became a police officer specializing in explosive detection. In 2014, when his K9 partner retired, Jones was paired with Summer, a former military working dog, who served in the Marine Corps.

“When I picked up Summer from the airport, she was full of energy,” Jones recalled. “As soon as I opened her crate, she came barreling out. She was full of joy.”

After bringing her home, Jones reviewed Summer’s records and discovered her deployment to Afghanistan.

“She saved countless lives and kept up troop morale,” explained Jones. “She uncovered weapon caches, improvised explosive devices, and was involved in firefights … she is a true hero.”

Upon discovering Summer’s accomplishments, and determined she be honored for her service, Jones contacted the United States War Dogs Association.

“Having served and received awards and decorations, I made it a point for Summer to receive the recognition she, as a war dog and veteran, rightfully deserved,” he said.

As a result of Jones’ efforts, Summer has received several medals, awards and commendations from multiple agencies for her service. Recently, she was named the 2021 American Humane Military Dog of the Year.

Despite her courage, Summer suffers from the effects of her time in service. While working together as an explosive detection team, Jones noticed Summer would react strongly, often trembling and shaking, to loud noises. When she showed similar agitation off duty, Jones decided to take her to the vet, where she was diagnosed with Post Traumatic Stress (PTS), like Jones.

“As with me, the experiences and situations Summer was involved in while deployed overseas never left her memory,” he explained. “I believe it contributes to the high anxiety she displays to this day.”

Nevertheless, Summer and Jones persevere together.

“She helps me with my war-related injuries and I, with hers,” Jones said. “They say there’s nothing like the loyalty of a dog, man’s best friend. Summer is the epitome of that saying.”

After seven years as a police explosive detection dog, today, Summer is retired, but she continues to serve in other ways alongside Jones. The pair make frequent visits to the Charlotte Hall Veterans Home, where residents take inspiration from Summer’s story and find comfort in her warmth and affection as she walks the halls and visits their rooms.

Jones’ admiration for his partner is clear.

“All the recognition Summer has received does not amount to the love and respect I have for her,” he said. “She is a hero, a war veteran and my best friend. The bond I have with Summer is the best thing!”