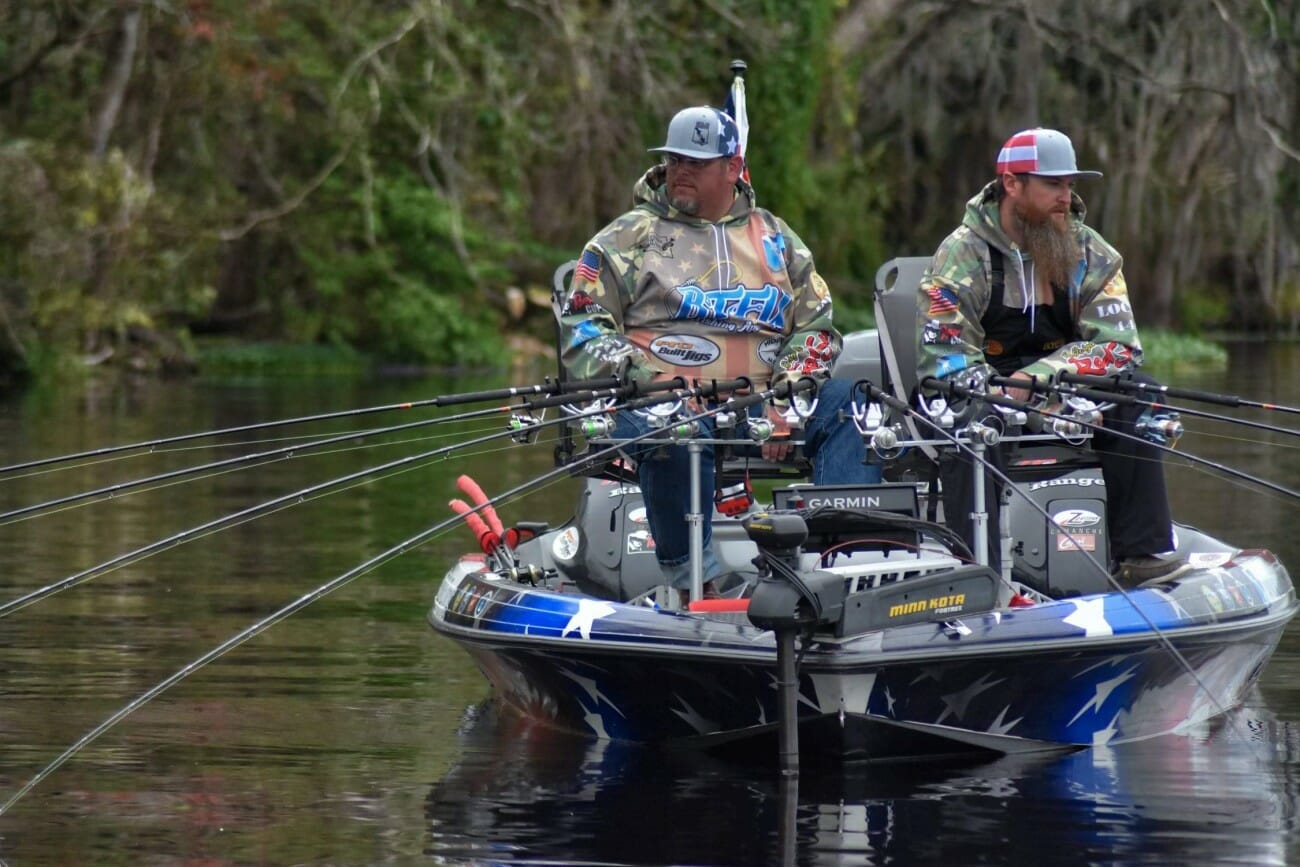 “I found my mission in helping my fellow brothers and sisters when I lost a former soldier from suicide,” said U.S. Army veteran Derrick Brooks.

“I never lost a soldier in combat. To come home and lose one by his own hand – why survive the war, just to go out like that?!”

The tragic death weighed heavily on Brooks, who served in Iraq and is a member of VFW Post 1216 in Austin, Minnesota. He was motivated to begin volunteering as a peer counselor approximately six years ago, and then ran support groups with The Wounded Warrior Project. He also took crisis phone calls to try and help service members in immediate danger of ending their lives.

Brooks soon realized that serving on the front lines to save veterans was taking a toll on him personally. As he searched for other positive ways to make a difference, a phone call from friend Justin Walkabout offered a unique opportunity.

“Justin asked if I would like to fish with the Save The 22 Fishing Team and fight the pandemic that is veteran suicide,” Brooks said.

“He and I served together in Iraq. Now we fish together on the professional Crappie circuits, currently Crappie Masters, where we use our platform to advocate and raise awareness for veteran suicide and other veteran issues.”

Save the 22 Fishing Team, named after the estimate that 22 service members are lost to suicide every day, also has partnered with a group of U.S. Marine Corps veterans who are starting the Above The Waterline Foundation.

“I know firsthand veterans are told that in order to qualify for benefits they can’t have a job, they can’t do this or that. As a result, they so often lose their sense of self-fulfillment,” said Brooks.

“The idea of the foundation is to get veterans outdoors through fishing, hunting, hiking, teaching sustainable living and other activities that could help give them a feeling of purpose again.”

The COVID-19 crisis stopped many events temporarily. This has slowed progress on getting the foundation’s program off the ground and halted fishing in some places. But Brooks remains committed to moving forward when possible.

“As soldiers on the battlefield, we’re taught to ‘leave no man behind.’ Now that we’re home, the battle with veteran suicide should be no different. It’s just a different terrain – the mind,” Brooks said.

“Most of us Infantry soldiers are very mission oriented, and we need to find a new mission uniquely individual to each person. After all, war is individual to the warrior. We all process differently as people…It has been my learned experience, there is no one quick fix to veteran suicide. You can’t write a bill and expect change. You can’t open a VA hotline and expect change. It takes all of us to step up and enact the change.”

Brooks believes strongly in veterans helping veterans. He hopes he will inspire others to do something for men and women who are struggling with mental health after returning home.

“With suicide rates on the rise, it’s more important than ever to reach out and check in on your brothers and sisters,” said Brooks.

“I want to personally challenge everyone to do more to help one another. It’s truly amazing – the healing powers that come from helping a fellow veteran when you can.”