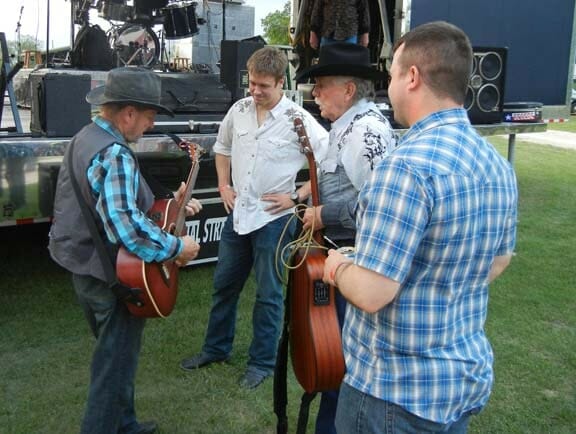 Served as an infantryman in the First Infantry Division our of Fort Riley, Kansas and the First Cavalry Division out of Fort Hood, Texas. Wounded in 2003 in Ar Ramadi, Iraq. Deployed again to Iraq in 2011, after a few years on the Temporary Disability Retired List (TDRL), during which time I finished my bachelor’s degree and volunteered to return to active duty. Honorably discharged as a Staff Sergeant in 2013 with a 40% VA Disability Rating.

I’m producing a documentary film about United States Navy veteran, singer-songwriter, and Texas Poet Laureate Steven Fromholz. He was a friend, and the best way to honor his memory and service is to help make this film. If we can keep raising money and interviewing folks that knew Steven, we hope to complete production in 2022, then submit for festivals, theaters, TV and streaming in 2023.

I had a pretty profound experience trying to reintegrate into the world after military service and being wounded in combat. The VFW and a few case workers helped me get through some tough times and claim my benefits. I feel like the least I can do is help other veterans, as well, and one way for me to do that is helping preserve the memory of Navy veteran Steven Fromholz with this documentary.