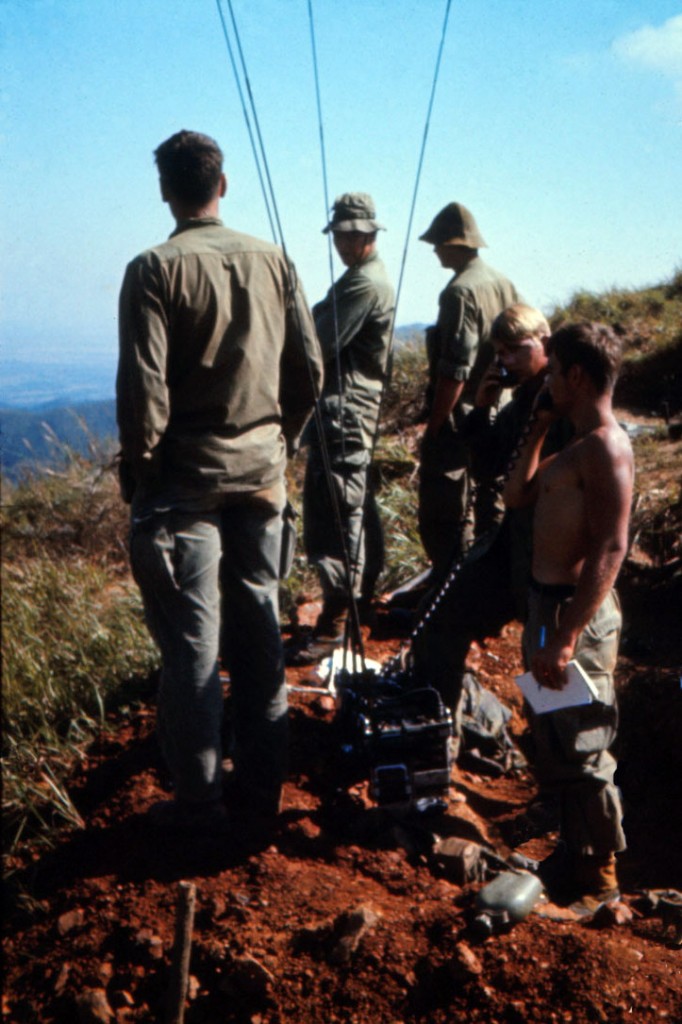 NOTE: I HAVE SUBMITTED THIS BEFORE (ON OR AROUND APRIL 4TH) I HAD TROUBLE WITH TRYING TO RE-SUBMIT A FINAL COPY (LIKE THIS ONE). SO I WILL TRY ONE MORE TIME TO REPLACE THE FIRST DRAFT I SUBMITTED: I served with the 173rd Airborne Infantry Brigade in Vietnam 1970-71. During a short time on “Pacification”, I was a member of the Heavy Weapons (Mortar) team. When the unit went back out into the bush, I became an RTO (Radio/Telephone Operator) a job I learned to love.

During our current war against the COVID-19 pandemic, I am “eating in, by dining out!” During peacetime, my wife and I dine out less than once a month. She estimated “twice a year”, but I felt that’s a little conservative? Since the war began, (in my estimation it was when Spain reported over 700 deaths in one day) I looked at my wife and said, “Those are war figures, we are at war!”

Since then we have ordered meals from local restaurants at least once a week and go pick them up since all in facility dining has been banned. No matter what we order, we include a generous tip, which I hope catches on for those who can afford it. These are hard times for the younger generations (we are retired, and self-isolation is pretty easy for us). I fear for the kids that have not learned to put something away for a rainy day. Also, locally (when called) I serve as a proud member of the VFW’s Honor Guard.

We support local restaurants because we have worked hard all our lives, saved for our retirement, and in my opinion, living the dream. So, I want to support our community and those still trying to make a living.

I have a different reason for serving on the Honor Guard: In August of 1971 the 173rd was ‘coming home’, (from Vietnam) and I was saving the news to surprise my parents of my early return. Then I was notified that my father had passed away, (It was only an unfortunate coincidence that he had passed away on my 20th Birthday) and I preceded the unit’s departure by a few days. Circumstances were bitter-sweet, I was sure glad to be in the United States, (with my family once again) but sad for the circumstance.

Mom had requested “Military Honors” for our dad, who had served (Army Air Core) during WWII. My older brother was still serving in the Army, (Vietnam 1967-68). There, (alongside our mom) I was overcome with a chill in the feeling of pride, as the guns saluted our father, and taps were played. Other than the pride I felt in their service to our family, I didn’t give much thought to the men who were conducting the honors ceremony, I assumed they were active military?
Once home and settled, (over the years) I learned that the people conducting the service for my father were not active military, but the combined veterans of Box Elder County in Utah. I got to know some of these veterans and was thankful that they were there for my Dad, (and more so for my mom, and Family).

It took some time to figure it out, but I never thought much about wearing my Army uniform ever again. I was near 50 when I began to noticed friends, extended family, and many of the combined veterans of Box Elder County (who had served in WWII and Korea) were leaving voids in my life. The veterans serving the honor guard (as I learned they were called) were suddenly more familiar school mates or wearing the more familiar Vietnam service ribbon.

The saying of: “All gave some, some gave all” should have an added verse of: “and some are still giving”. Of course, our active-duty military personnel comes to mind, but it took me a long time to realize how much, (and how long) our veteran’s organizations have been “still giving”. I am proud to join their ranks as a lifetime member of the VFW, (Post 1695) to be one of those who are fulfilling the wishes of someone else’s mother/wife and family to provide their veteran military honors.

I have a heartfelt: “All gave some, some gave all, and some are still giving.”