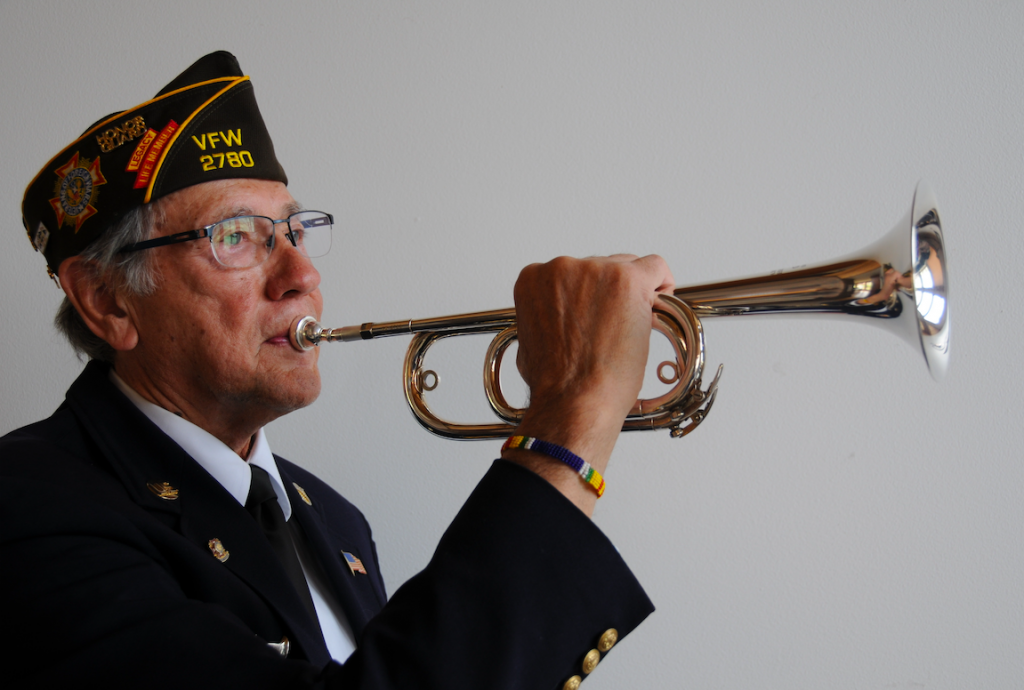 I was a medic with the 101st Airborne Division, Vietnam.

I sound Taps at military funerals.

Both of my parents were officers in WWII. When my mom died in 2008, Taps was sounded by a mechanical bugle. I was saddened. My father died four months later and I had a local high school band member sound Taps. He did OK but I knew I could do better. I played trumpet in high school and also with the Michigan State University marching band. In 2011, I dusted off my trumpet and begin sounding Taps for VFW Post 2780 in Traverse City, Michigan. I have now sounded Taps over 500 times and have a new group of dedicated friends from the VFW. I was also able to sound Taps at Arlington Cemetery with 100 other buglers from Bugles across America for the 50th anniversary of JFK’s untimely death.