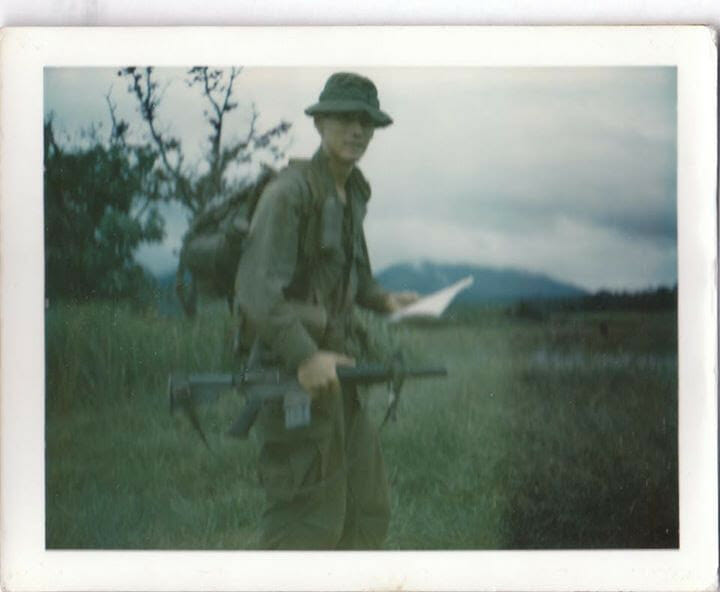 RVN….Central Highlands of Vietnam…assigned as a Platoon Leader to the 3d Platoon, D Company, 1/503 Infantry Regiment, 173d Airborne Brigade (Sep)… we were an Airborne Rifle Platoon that spent approximately thirty-day periods on patrol and during that time subject to extraction by helicopter to conduct airmobile assaults. Typical day in the jungle was an early wake-up with the sun and a check to ensure that all were in good condition. Had breakfast of C’s, and prepared to patrol the area assigned to us that day. We followed a route to an objective that that could be many different things such as a prior B-52 strike area, an area that was recently ambushed by enemy forces, a suspected gathering of enemy forces, a probing operation just walking alertly through the jungle to make contact of any unknown enemy positions… a request by a higher headquarters to conduct surveillance or any other crazy mission that someone at “higher” could come up with. I served because I believed that I could make a difference to ensure that our Country remained safe and secure from those who wanted to interfere with our freedoms.

I left the US Army, but I am a member of the VFW, and Badger Honor Flight, both in Madison, WI….in these organizations, it is the desire to serve veterans and current members of the US Military so that they may recognize that their fellow Americans believe and are thankful for their contributions to preserve our freedom.

To serve our Veterans