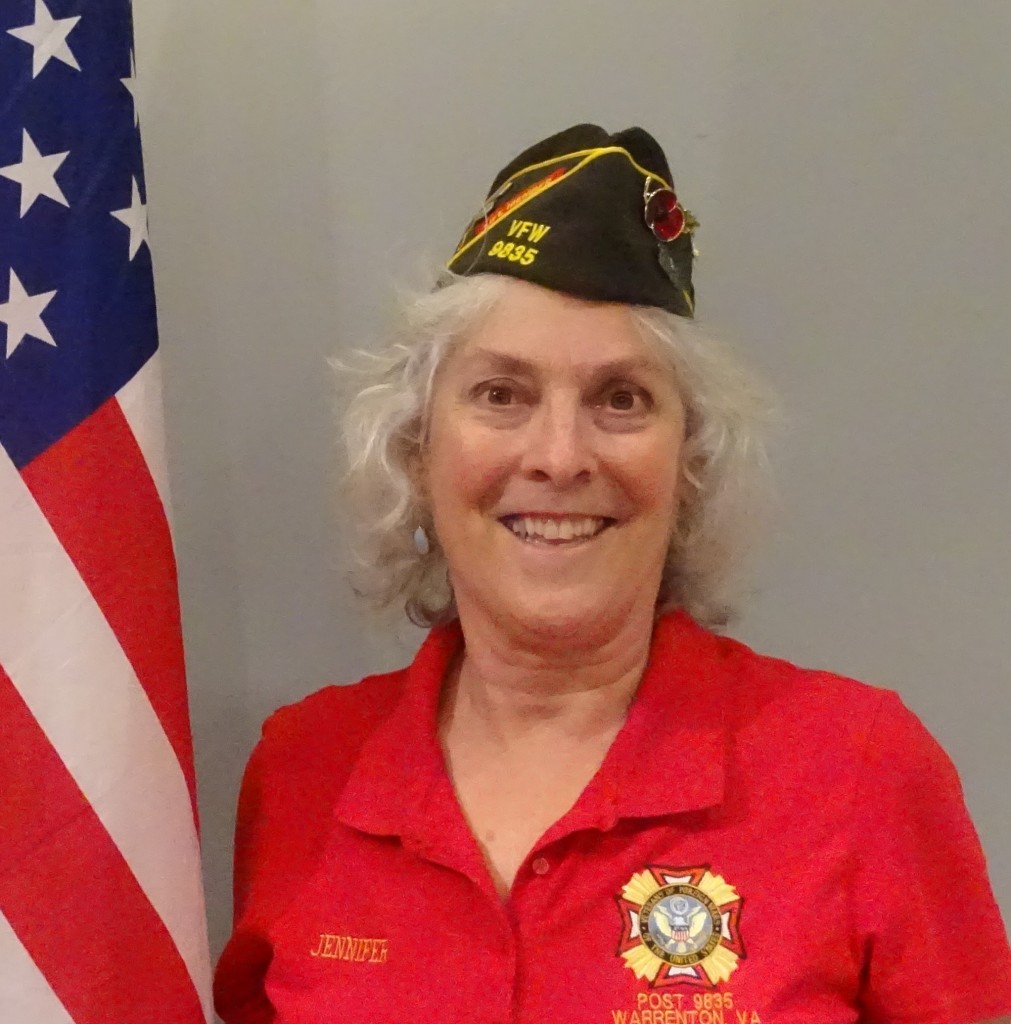 I was a Cryptologic Russian Linguist in the USAF during the Cold War, 1980-1987. I served in West Berlin and then at the National Security Agency at Ft. Meade, Maryland.

I am currently the District Inspector for VFW District 8 in Virginia. I have also served as our Post’s Chaplain and Senior Vice Commander.

More recently I’m bringing to light the service of my late great-uncle Robert Meltzer who served as in the 2nd Ranger Battalion in France. He was killed on August 21, 1944. Believe it or not, this brave soldier was then blacklisted by the House Unamerican Activities Committee in 1952. You can read the amazing true story of “a Hollywood writer, turned soldier, killed in action – then blacklisted.”

My youngest son also served in the USAF. He came home from his second tour of duty in Afghanistan with Stage IV cancer. During his final weeks, I promised him I would start working with and helping local veterans. I kept my promise and two weeks after he died on November 24, 2016, I joined our local VFW Post and am still serving today.