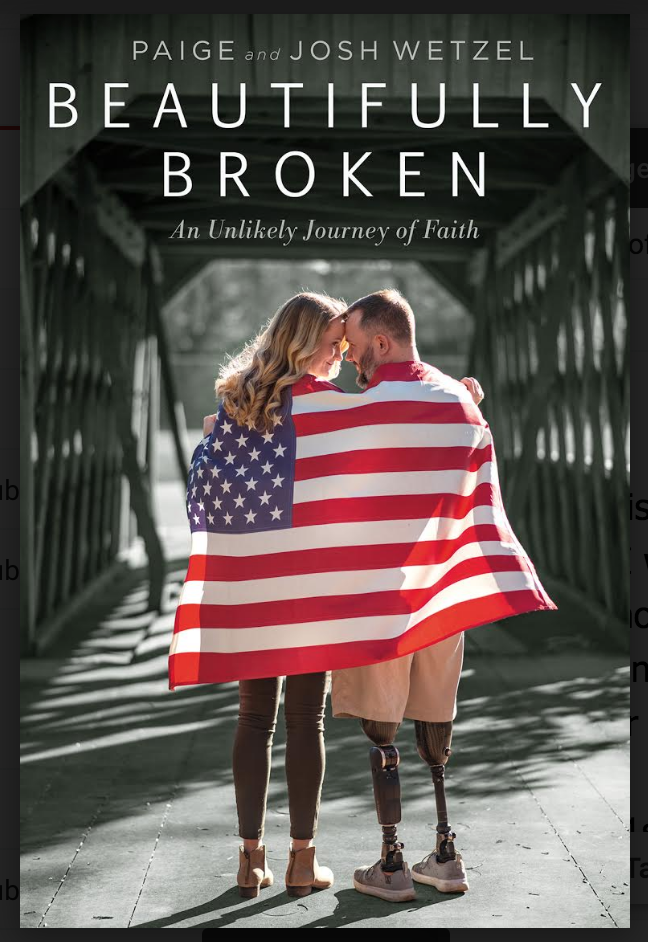 After several years of depression and confusion, my wife and I wrote a book together called “Beautifully Broken: An Unlikely Journey of Faith.” This story told of all the mistakes and traps I fell into before I realized that I need to continue to serve for the rest of my life. I now serve soldiers and veterans in Columbus through ministry that works alongside home improvement for veterans, homeless veterans, and chaplain assistants for basic trainees.

Because you can’t take the service out of the veteran. Well-meaning Americans often tell me to just relax because I have “paid my dues” in giving two limbs for my country. I believed that for a long time and felt so lost and disoriented in the civilian world that I let my marriage fall apart. Our hope for our book, “Beautifully Broken,” is to lighten the load for other veterans who may be struggling in ways that aren’t obvious. I would love to share this book with the VFW in hopes that it would reach more veterans.