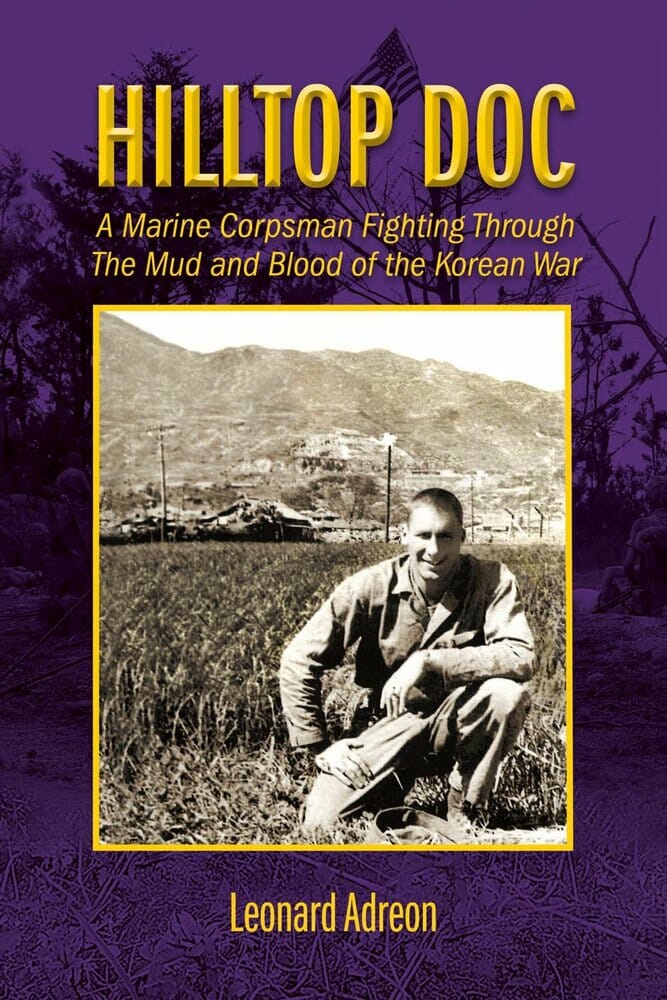 I served during WW2 in 1944 and 1945 as a corpsman with the US Navy stationed at Great Lakes Naval Training Center, Farragut, Idaho Naval Training Station, and Northwestern University, Evanston, Illinois. Was called back into service in 1950 and served with the First Marine Division at Camp Pendleton, California and then, in combat in Korea in 1951 and 1952.

I have written a memoir about my combat experiences in the Korean War. It is called Hilltop Doc, A Marine Corpsman fighting through the mud and blood of the Korean War.

I wrote it to honor those who served in that war, particularly those who lost their lives or were wounded. I also wrote it to describe in realistic terms what the war was all about.