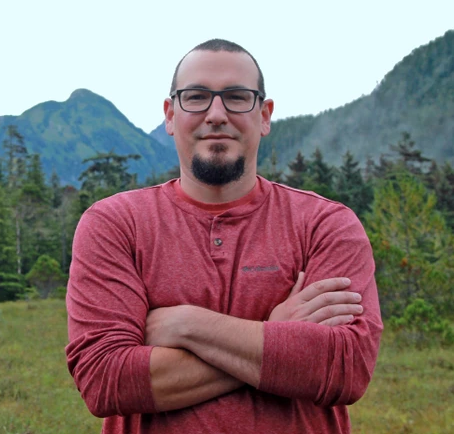 I served in the U.S. Army from 2000–2004 as an 11B Infantryman. In 2003, I deployed in support of Operation Iraqi Freedom and served in Mosul, Iraq. I left active service when I returned home in 2004, and I did an additional year in the Alaska National Guard.

After returning from a year in Iraq where I went on 300+ missions, I moved back to my hometown of Sitka, Alaska. The first month home, I was a kayak guide. I found peace in being out on the water. Going from kicking in doors to showing people the beauty that Southeast Alaska offers was a big transition.

In 2016, after hosting a reunion with some of my old battle buddies and seeing how the outdoors affected them too, I decided to start “Waypoint for Veterans.” My nonprofit is focused on reconnecting veterans, first responders, and their families to the positive and healing effects nature has through all-expenses-paid, guided excursions through Alaska’s wilderness.

Having personally experienced the effects of war and emergency situations and the impact that it can have on individuals and their families, I have made it a personal mission of mine to help others who have similar experiences. It is not enough to just survive war or emergencies, but it is necessary to reconnect to ourselves so that we can each experience the very best life has to offer.