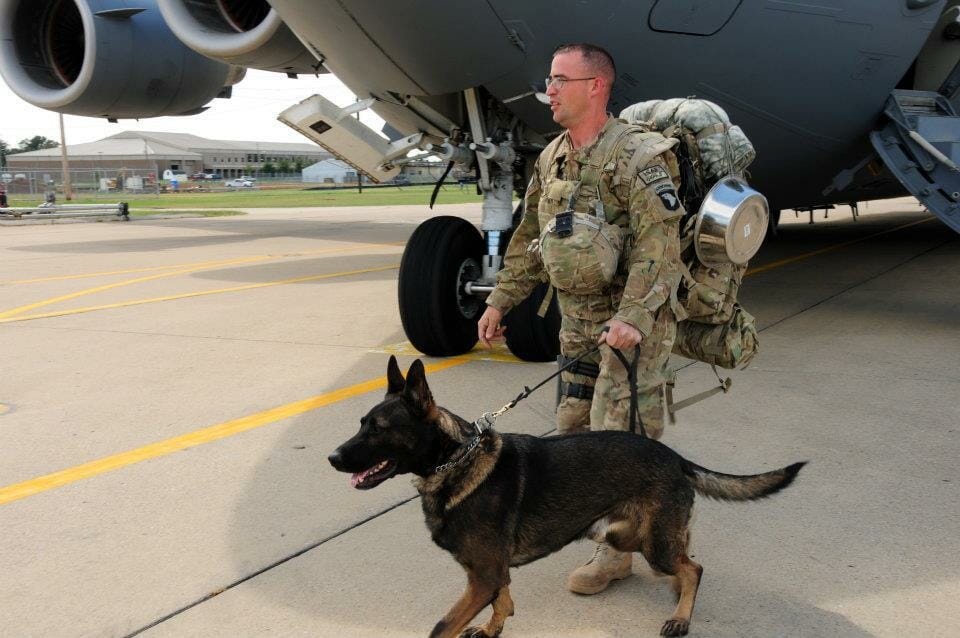 OEF 2010-2011 Tactical Explosive Detection Dog (TEDD) Handler with Alpha Company, 1-502 INF, 2nd Brigade, 101st Airborne Division. Worked primarily with dismounted Infantry patrols for IED detection and cache clearing. Gregor and I took point on too many patrols to count, and during the entire deployment, had no American Soldier suffer a lost time injury due to an IED blast. In combination with metal detector, Gregor brought us home safe.

Gregor passed away many years ago, but he was able to retire on my couch, and eat steak two nights a week. His memory lives on through bonds of friendship forged with my fellow Soldiers that were kept safe following Gregor around Kandahar.

There is no greater satisfaction than being able to assist family, friends, and strangers.