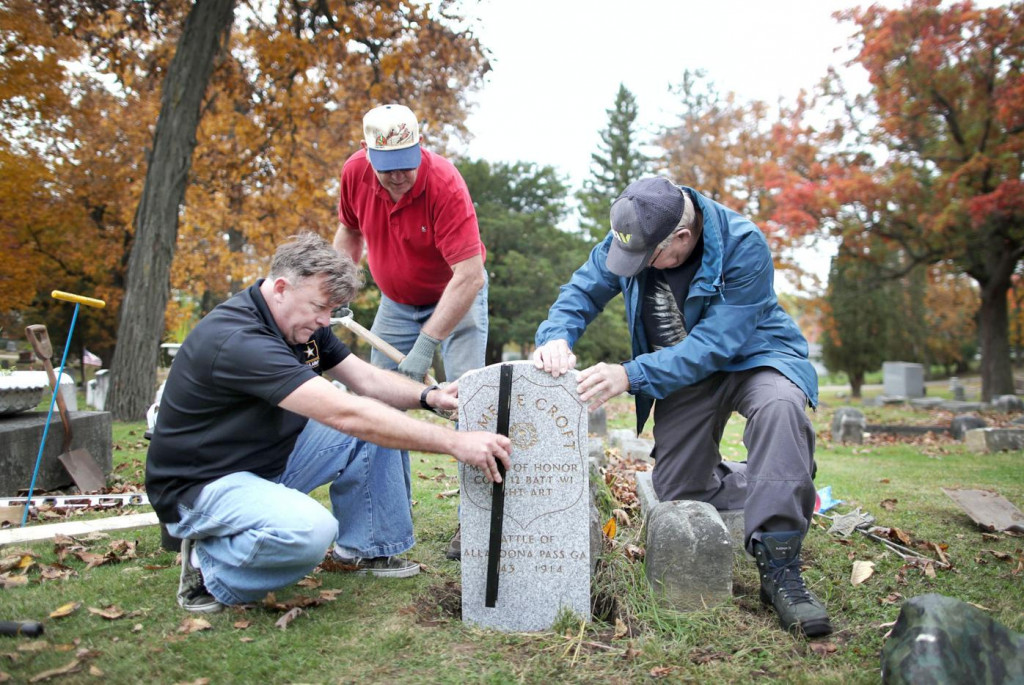 A Newville man is working to make sure that we remember those who served our nation- men who may be long gone, but never forgotten thanks to his efforts.

For over a century, a simple stone has marked that of Corporal James Edward Croft’s grave. Richard Smallwood-Roberts, a veteran and member of Sons of Union Veterans of Civil War, said he knew that Croft deserved and earned something much more.

Cpl. Croft of Janesville had been awarded the Medal of Honor in 1864 in Allatoona Pass, Georgia for his bravery in fending off an attack from a Confederate army, but didn’t have a military headstone noting that he had received the military’s highest honor.

Smallwood-Roberts said he didn’t know why Cpl. Croft didn’t get a labeled headstone and became aware of it just 10 years ago.

“And I thought that was a travesty, so I started to work and see if there was some way I could get him a headstone,” Smallwood-Roberts said.

He then spotted a picture on the internet of James Croft and Croft’s brother. From there, Roberts was able to get connected with the corporal’s great-grandnephew, Doug Olson. Meeting Olson inspired Smallwood-Roberts to work even harder on getting Corporal Croft the headstone he had earned.

Thanks to Smallwood-Roberts’ efforts, the Congressional Medal of Honor Foundation had the paperwork and proof it needed to provide Croft with the headstone he never had.

“I wish my mother was here,” Olson said. “It was so much to her…so I never expect anything like this, so it’s quite an honor.”

When asking Roberts why he did things like this, his answer was simple.

In fact, since 1990, Smallwood-Roberts has volunteered his time to help refurbish, repair or place over one hundred headstones at the graves of Civil War veterans across southern Wisconsin.

As a veteran himself, Smallwood-Roberts said he feels like these veterans are owed to be remembered for their service by their country.

Because if I don’t, who will?