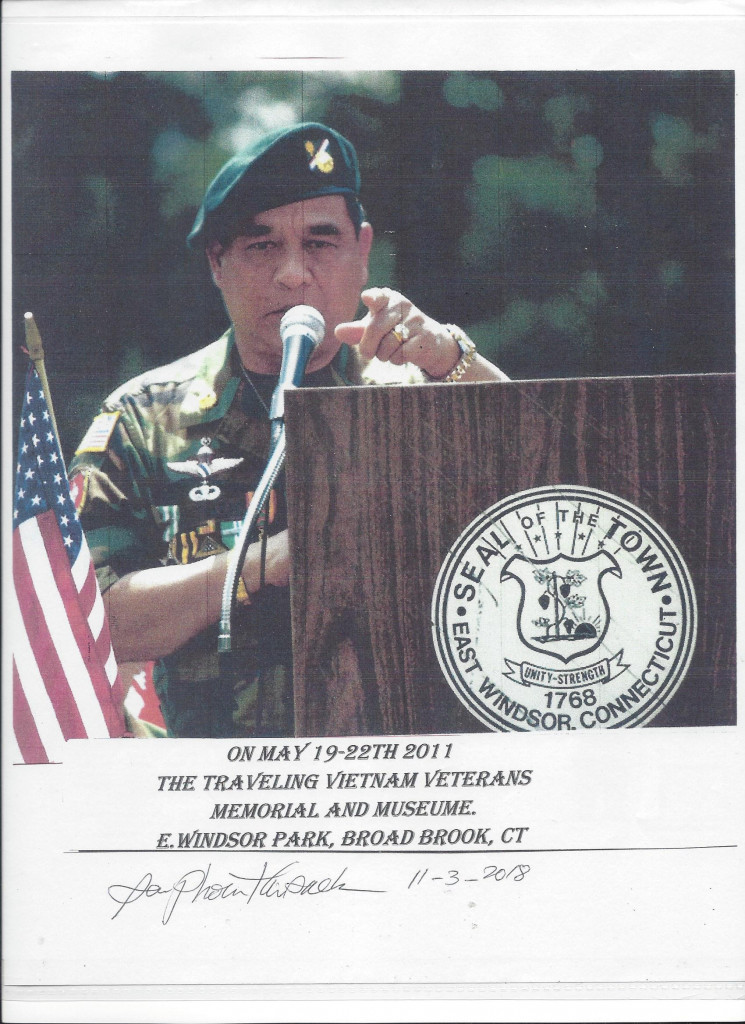 Vietnam War in Laos U.S. Secret Army as a special Guerrilla Unit Special Forces from 1960-1975. I continued working for U.S. Government on a secret job in Thailand until 1983.

I still volunteer in unit U.S. Reserve USNRC. United States National Defend Corp as a National Commander to prepare and protect our great Country and all our American People.

I respected the Honor to our Country and I’m so proud to be an American citizen. I am a Life Member with VFW, American Legion, AMVETS, AUSA, 82nd Division Air Borne and Connecticut first Company Governor’s Foot Guard, 1771 armory at Hartford, CT.