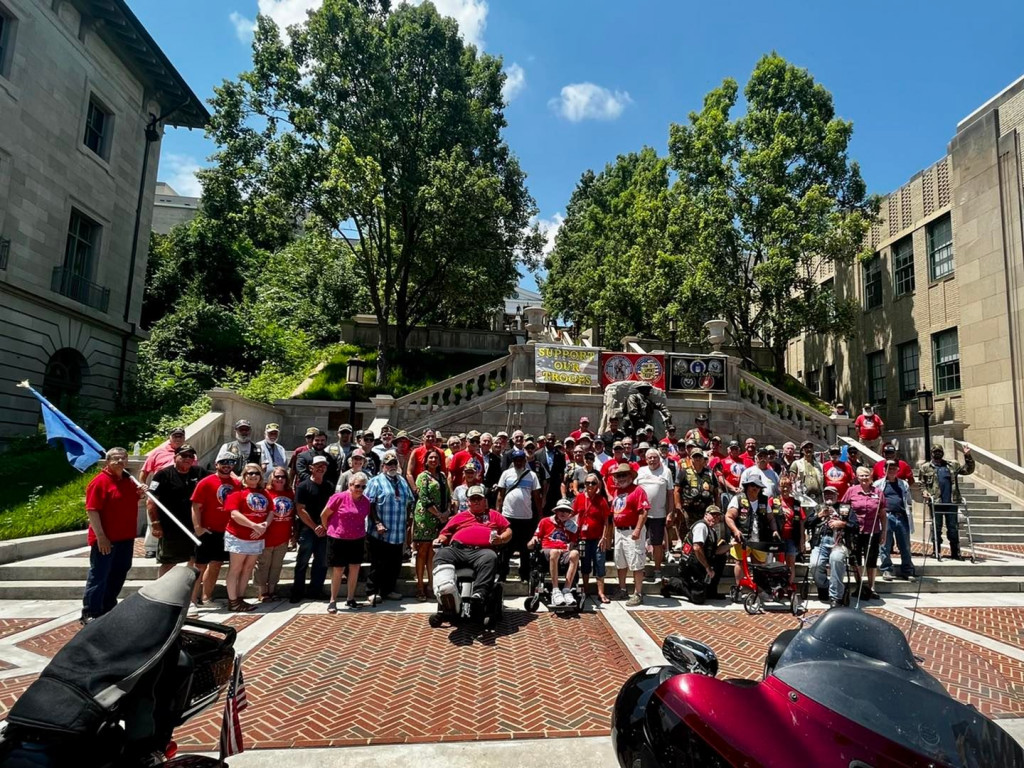 Since Friday Nov. 30, 2001 I help organize a weekly “Support our Troops” rally where veterans, active duty and patriots gather every Friday for now 1,095 consecutive Fridays from 12 noon to 1 PM showing our support downtown Lynchburg, Virginia at Monument Terrace. It’s a beautiful Monument that honors all the Lynchburg citizens who were killed in WWI, WWII, Korea and Vietnam. We typically have 50 to 100 supporters show up every Friday waving military flags on the curb and encouraging vehicles to “Honk if you support troops.” Dec. 2, 2022 will mark our 21 year anniversary and it will continue as long as we have American troops deployed in harms way. This gathering was very instrumental in forming our new VFW Post 12179 Desmond T. Doss when David and Beth Jarrett started recruiting new members, which was easily to do with so many veterans who served in combat roles at Monument Terrace rally.

It started as a “counter protest” of about 12 protesters who gathered to protest America bombing the enemy in Afghanistan and they were getting lots of news coverage. So, we held our rally to show that “WE” support our troops and sending them to Afghanistan. The protesters lasted about 5 months and stopped and we continued showing up each Friday.