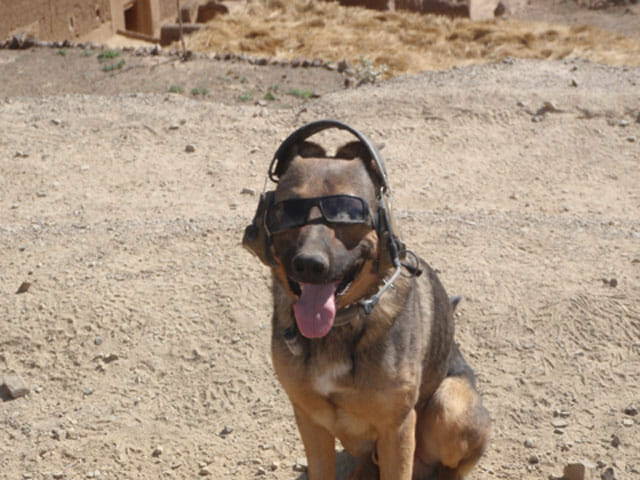 Wero lived as a retired military working dog for eight years after his seven year working life with his family. Wero passed away at the age of 15 in February 2021.

Wero was my working dog during my three deployments to Afghanistan. Two of which were with CJSOTF-A. 2008-2009 I served with MARSOC and 2010-2011 with Special Forces. My 2012-2013 I was deployed with Wero and assigned Kennel Master duties for my leadership and knowledge. Wero was more than my working dog. He was my blanket when I was cold, my pillow when I needed a place to lay my head. He supported his team mates in the same manner. Providing that piece of comfort from home when he wasn’t out front with me searching for explosives.
We were featured in National Geographic Magazine “Dogs of War” June 2014.