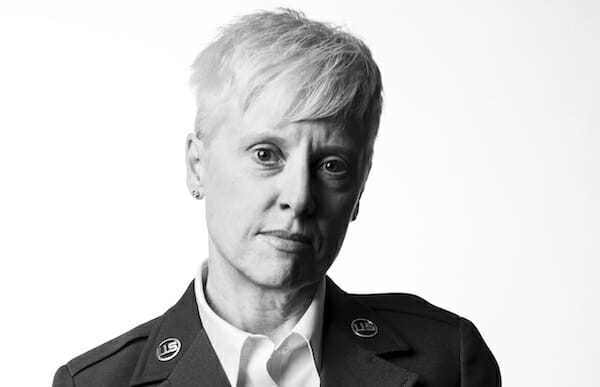 Darnell served in the U.S. Air Force for six years in the 1980’s and was stationed at Tempelhof Air Base in West Berlin during the Cold War before the collapse of the Berlin Wall. Seeing reminders of the horrors enacted by the Nazi regime gave Darnell a profound understanding of the importance of protecting democracy — and the need to care for our military and veterans who sacrifice to secure freedom.

These experiences inspire Darnell’s photography project “Veterans in Crisis,” where she documents VFW Posts. Her images show the hope in successful Posts that are involved in the community as well as many that are in disrepair or closing, which she feels is a symbol of how veterans are often treated. She wants to bring attention to issues such as veteran suicide and the need for organizations like the VFW.

“Every day, we lose an average of 20 veterans to suicide. Many veterans, particularly in rural areas, are losing access to the services the VFW can provide,” Darnell said.

“Veterans’ war experiences are often buried so deeply that only others who share similar wounds can help them heal…Veterans desperately need the support of their local VFW to integrate back into their communities.”

Darnell’s project began in 2017 when she drove past VFW Post 6287 in Apollo Beach, Florida, and felt the urge to stop. She nervously went inside, not knowing how they’d react to a photographer, and ended up capturing the Post’s bingo night.

“They all knew each other, like a family, giving each other support and jabs at the same time. I watched as the night unfolded and saw a place that people felt safe and at home … I wanted to know if the same camaraderie was shared in other VFW Posts, and it was,” recalled Darnell.

At VFW Post 10555 in Panama City Beach, Florida, Darnell met Commander Susan Johnson and was introduced to the proper way to refer to the Post — Ten Triple Nickle — and the reasons it’s thriving. The Post’s leadership and members are engaged in creating a positive impact in the community. When Darnell visited, they were involved in efforts to address the devastation from Hurricane Michael.

While Darnell toured VFW Post 9488 in Charlotte, North Carolina, she noticed that she and Commander Jake Drisker were followed by a woman at the Post. As they viewed photos of past leaders, Darnell learned the woman was one of them, but now suffers from severe Alzheimer’s disease.

“Commander Drisker said, ‘The VFW gives her a safe place to walk around, and I keep an eye on her.’ Those words broke my heart,” Darnell shared.

“But I was filled with joy that Post 9488 was the place she felt like was her home and that Commander Drisker, who has a gigantic heart, looks after her. That’s what the VFW is all about. People help and take care of each other.”

Darnell wants these stories, told through her photos, to inspire more people to care for veterans. She knows pictures don’t solve the problem, but she believes they can move others to take action.

“Images have a way of getting people to believe in a cause and to do something about it. The next time you drive by a VFW Post, consider what will happen to veterans as their pillars for support become a forgotten part of American history,” said Darnell.

“As a Life Member of the VFW, passing these Posts brings a sadness for what I feel is a metaphor for our commitment to those who served. I photograph them, hoping to bring awareness to the high suicide rate among veterans and the need for more national and local support.”