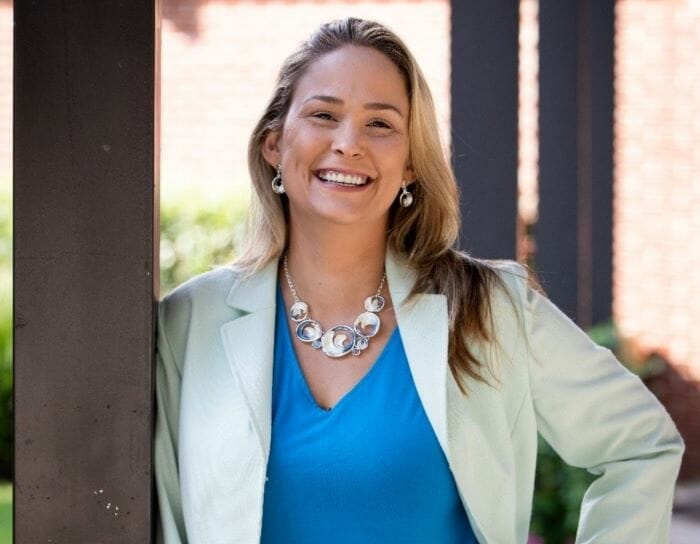 U.S. Army veteran Stephanie Wedel is #StillServing by using her powerful story of overcoming drug and alcohol addiction and finding faith to help others do the same.

“I started a nonprofit, Freedom Life Compass, that helps those struggling with addiction, homelessness or other life-controlling issues find resources they need to become productive members of society,” said Wedel, who is a VFW member now living in Niceville, Florida.

In founding Freedom Life Compass, Wedel also wants to bridge the gap in the community for individuals who are incarcerated and about to be released. The nonprofit points people to recovery programs, transitional housing and other resources that will help them change their lives.

In addition, Wedel works with Celebrate Recovery (CR) and the CR Inside program to offer a faith-based process to recover from addiction and trauma, especially for those in jails or prisons. She helps deliver food to low-income areas in her community, as well, and recently took on a role with her church to lead a recovery ministry.

“I’ve been honored to see people transformed into who they’re called to be through Celebrate Recovery. With Freedom Life Compass, we’ve helped place over 50 people in recovery programs and provided countless homeless blessings bags,” Wedel stated.

“We’re working to bring awareness to the growing epidemic of lives lost to addiction. We also provide resource packets to our community law enforcement and other social service organizations to help save more lives.”

Wedel’s journey to a life of service was a rough one. She grew up going back and forth between her dad, an alcoholic who sold drugs, and her mom, who worked constantly and couldn’t be fully present or emotionally available for her kids. Wedel battled her own addictions at a young age, and she dropped out of high school.

A friend encouraged Wedel to enlist in the Army. She served for four years and was able to earn her GED and quit using drugs. She still struggled with alcohol use and found herself drinking more while stationed in Germany. Despite her best intentions, she returned home and fell back into destructive patterns.

Eventually, Wedel’s mother reached out and shared her experience of finding help through a church and becoming a Christian. As they reconnected, Wedel followed a similar path. Getting involved with Celebrate Recovery seven years ago has now changed her entire family.

“I was able to convince my mother to begin attending a few years later and now our relationship is completely restored. My brother also started coming and is now three years sober after 17 years of drug use and incarcerations,” shared Wedel.

“My father has also started the CR Inside materials in prison, which I got to send him. He’s currently serving a federal sentence for trafficking drugs, but has overcome addictions and accepted Jesus last year.”

Because of her own experiences, Wedel believes that no one is beyond help and is committed to serving so that more people have the chance to start over in life.

“With these organizations, we can help end the vicious cycle of dysfunction, addiction and the lack of life skills education in our community,” Wedel said.

“We hope to build a better tomorrow for our children and neighbors.”

Find out more about the VFW’s #StillServing campaign or to share your story.