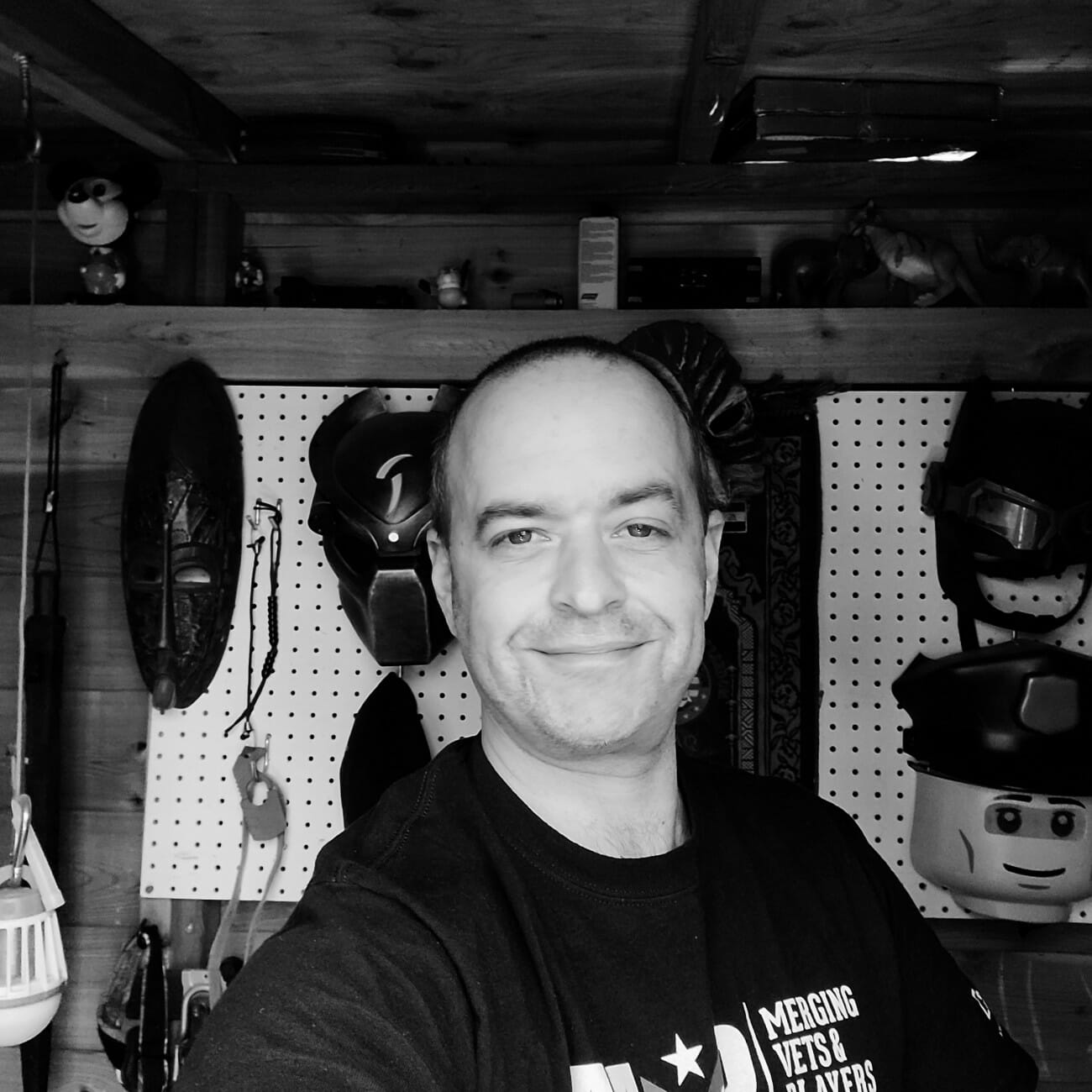 Christopher Boehm served in the U.S. Army for eight years. After returning home, he realized his video game passion could be a way to help fellow service members.

Boehm is a member of VFW Post 5059 in Turlock, California, and has loved video games most of his life.

“I have played video games since the Magnavox Odyssey came out in the 70s. Coincidentally, there was a tank game I can vividly remember playing with my dad. From that point, gaming was used for fellowship and escapism.”

In January 2020, Boehm started a YouTube channel called Bayonet X-ray, a name with significance from his time in the military.

As a combat soldier, Boehm was warned that having to use a personal weapon, such as a bayonet, usually meant you were in a tough spot instead of a position of control where bigger artillery could be employed. X-ray was the call-sign for headquarters. He believes many veterans feel they’re in a difficult spot in their heads and could use a home base for support.

“I started the channel back in January, yet I have always expressed interest in helping people,” said Boehm.

“I use the gaming platform as the means of communicating to veterans and active duty members of our Armed Forces.”

The gaming videos and dialogue Boehm shares draw attention to the issue of veteran suicide and how to work through struggles. With the spread of COVID-19 and concerns about mental health in this time, his channel took on new importance. He keeps each video to approximately 22 minutes in length for very specific reasons.

“We are up at sunrise, listening for 22 minutes, signifying the troubling suicide rate of 22 a day. We’ve found and shared alternative methods for talking about posttraumatic stress disorder (PTSD) and our troubled warriors,” Boehm says on his channel.

“The transition back to the civilian is much harder than we think. What we focus on is a holistic reintegration back into society. You can’t cure PTSD, however, there are ways to cope with and face it head-on.”

Boehm hopes VFW Posts and members will create more spaces for veterans, especially younger ones, to find shared interests – perhaps through video games and newer technology. In doing so, he feels larger numbers of veterans can find the community they need to move forward in life in positive ways.