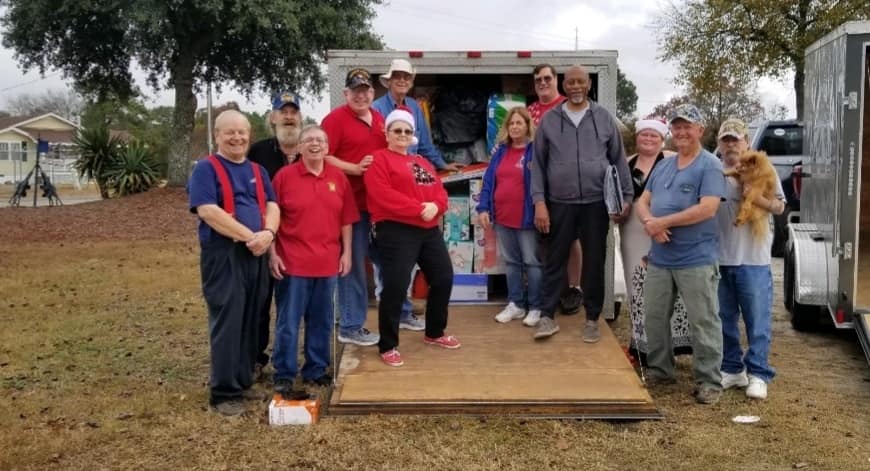 VFW South Carolina Commander Dwight Hora (fourth from the left) with the trailer loading crew at the SC state headquarters.

He was told Mayfield had been ‘decimated,’ and asked how his state could help. Hora learned that VFW Post 6291 near Mayfield was already hard at work. Led by Commander Ryan Buchanan, the Post volunteered as a relief distribution center.

The Post was receiving, sorting and distributing disaster relief supplies from the Red Cross, FEMA, the Salvation Army and other charitable organizations. Assisting both veterans and non-veterans, it was a major undertaking. And more supplies were needed.

Loaded into a trailer destined for Post 6291, Hora and former State Commander Bill Havelin set out to deliver the items. Anita Wilson, Commander of Post 12207 in Boiling Springs, South Carolina, organized another trailer of supplies that made its way to Kentucky soon after.

Every South Carolina Post contributed. More than $35,000 in relief items and cash were donated. Because tragedy struck close to the holidays, in addition to necessities, gifts included toys and stuffed animals for children.

“The trailers had a little bit of almost everything the tornado victims would need,” said William LaMonte, VFW Department of South Carolina Editorial Chair. “South Carolina VFW showed they were #StillServing in a big way!”