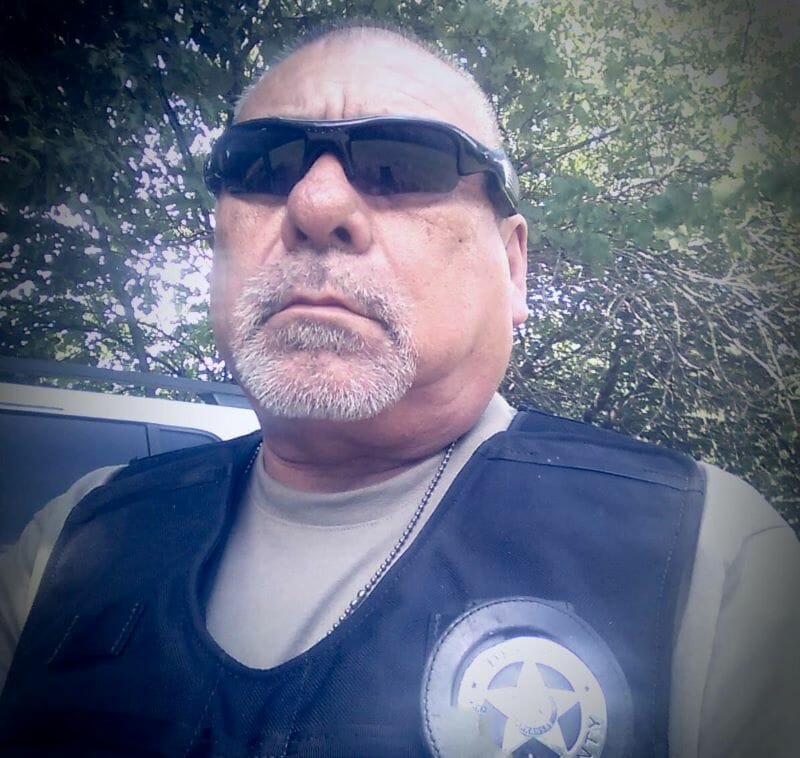 Daniel Rivas, Jr., remembers being 6 years old and watching as police responded to a domestic violence call at a neighbor’s house. A man beating his wife tried to fight off an officer and was subdued and arrested.

That moment from his childhood in Texas stuck with Rivas, and he always knew he wanted to spend his life serving others in law enforcement.

Rivas began his career with the U.S. Navy. He served for 20 years and did several tours of duty as a Navy law enforcement officer. He had hopes of joining a police department once he retired from the military, but his wife was battling an illness, so he decided to start his own investigations company. Rivas spent the next 20 years running his business, and sold it thinking he would travel the world and retire to a life of fishing.

But the call to serve was never far.

“One day, a sheriff’s deputy was present while responding to a fire. We started talking about the deputy reserve program, so I applied and went through reserve school,” said Rivas.

“I had no intentions of working full-time, but after graduating from reserve class, which was strictly voluntary service, I was offered a full-time job in the criminal investigations division.”

“After three months, I was chosen class speaker and made the dean’s list. In the past year, I’ve earned credentials as a Certified Economic Crime Forensic Examiner and a Certified Cyber Criminal Investigator to investigate crimes against seniors, especially financial crimes.”

Rivas knew people thought he was crazy for putting himself through the physical demands of the police academy, or that he wouldn’t make it. He’s proud that he pushed himself to make it through and can still serve others.

“We veterans have seen much worse in military life. We don’t quit,” said Rivas.

With more than two years of experience with the county sheriff’s department, Rivas finds his work meaningful and recently moved into a new opportunity to continue investigative work and his life of service. He takes pride in his career and the times he’s helped others, from undercover work to expose drug dealers to saving lives by preventing suicides or stopping assaults by a stalker.

“I enjoy having the ability to use my experience to help people. 50 years of investigative experience goes a long way,” Rivas said.

Rivas hopes his story inspires others to never give up whether they’re senior citizens or his grandkids. He’s moved that he even helped his son, a fellow veteran, find strength in the face of hardship.

“My son graduated from college this year, but he had a rough ride. He served in the Coast Guard and was medically discharged with a serious brain injury. He had a major stroke in 2017 and half his body wouldn’t work. He finished college this year and is now a teacher. He told me that watching me gave him the courage to fight,” said Rivas.

“So, grab the tiger tail, hold on and never ever quit.”