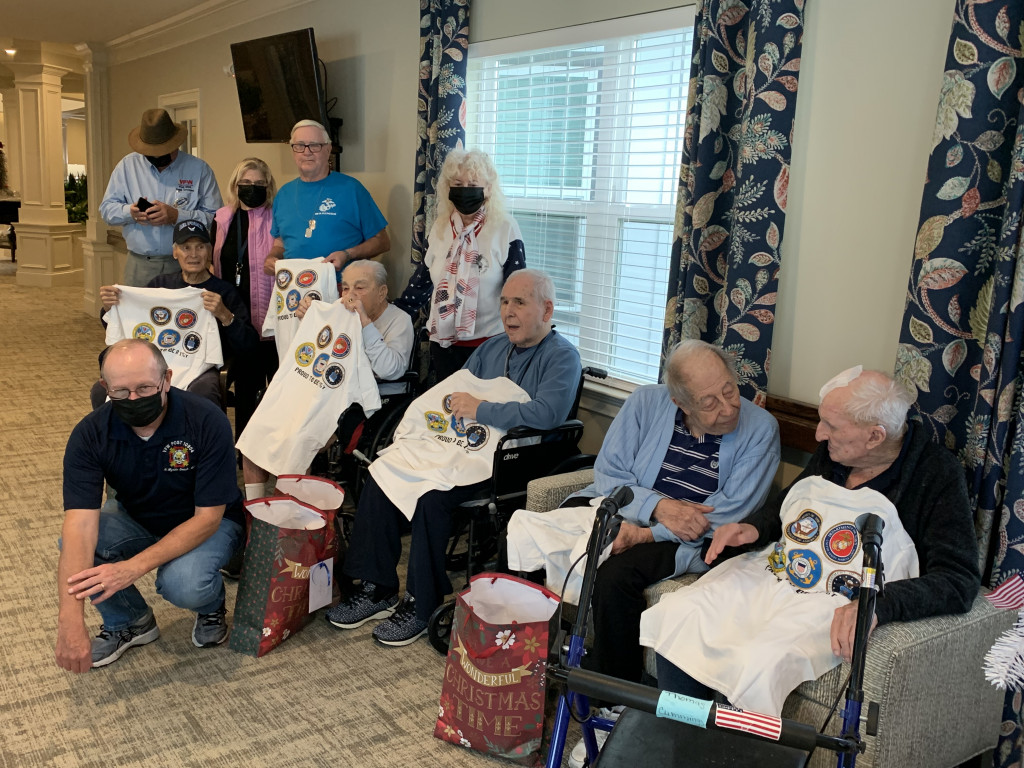 It was October and Bill La Monte, a Gold Legacy Life Member of North Myrtle Beach, South Carolina, VFW Post 10804, was looking for the post to do something different for Christmas when it came to helping others.

His plan was to provide a Christmas for veterans living in nearby nursing homes and assisted living facilities. With the approval and support of the post commander, Mike Mishoe. Bill contacted four area facilities asking if they had veteran residents and if these veterans had visitors or received anything in the form of a Christmas present. Two facilities responded (one with three veterans and one with 11 veterans) stating anything that could be done for their veteran residents would be greatly appreciated.

Bill next asked each of the two facilities to get a Christmas wish list from each of their resident veterans and provide him with the list by the end of November. Fast forward to the end of November. Thanks to the two directors in their facilities working with him. Bill had the wish lists. Now how does he pay for it? The VFW was sponsoring some grants for the holidays. Bill, through Post 10804, applied for a grant and it was quickly approved by VFW National. Bill also sought a donation from the Post Relief Fund and received his requested amount. By way of going to local stores, the VFW Store and internet shopping. Bill was able to complete the veterans ‘wish-list’s’. Most wanted gifts associated with their branch of military service.

On December 23rd, Bill, along with Post 10804’s Senior Vice-Commander Mike Mallory and Auxiliary President Mary Lou Griggs delivered the Christmas presents to the first group of three veterans. One from Vietnam and the other two from Iraq/Afghanistan (all three with mental issues stemming from their military service). All three were excited to see us and happy to be receiving Christmas presents.

On December 30th (this Christmas was delayed due to COVID issues at the nursing facility), Bill, along with Post Adjutant Lon Pike, Auxiliary President Mary Lou Griggs, auxiliary members Franklin Strickland and Debbie Hartleroad, delivered Christmas to 10 veterans (unfortunately, one of the planned WWII veteran recipients had passed away on Dec. 26th). The remaining group consisted of veterans from WWII, Korea and Vietnam. Again, there was a happiness in their faces and a thank you from their lips, on their being remembered by fellow veterans, at Christmas-time.

It was an honor for those of us at the post and auxiliary to be able to do this project and bring such joy to our aging warriors (and us).

Our military, our veterans deserve every level of support and help that we can provide them.