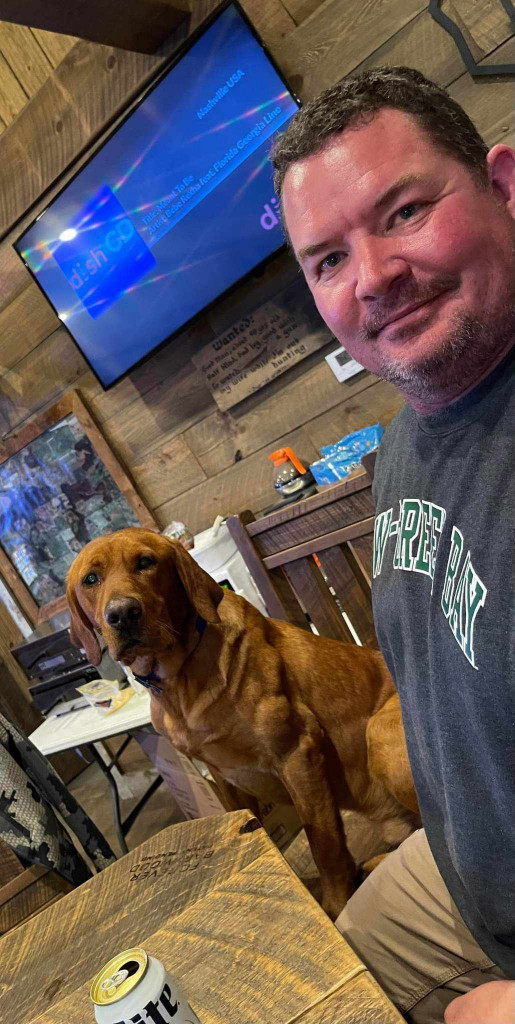 Sergeant First Class Chad R. Brownell of the Wisconsin Army National Guard currently serves as a Brigade Logistics NCO Advisor for JMTG-Ukraine, 7th ATC, EUCOM, and is a member of the 32nd IBCT. In this role, he observes, coaches, and trains the Armed Forces of Ukraine Soldiers in areas of sustainment and operations. He also provided mentorship and assistance to the 32nd IBCT S4 Section with logistics matters of deployment, current operations, and redeployment. He has served over 23 years with 20 years of Active Guard Reserve (AGR) service.
SFC Brownell is pursuing a Bachelor’s Degree in Organization Leadership with an emphasis on Emergency Management and Business Administration from the University of Wisconsin at Green Bay. His anticipated graduation date is May of 2021. He has also completed all levels of professional development up to and through the Master Leaders Course and Battle Staff Noncommissioned Officer Course.
SFC Brownell enlisted in the U.S Army and the Wisconsin Army National Guard (WIARNG) on April 15, 1997, with the 107th Maintenance Company located in Sparta, Wisconsin. His first position with the 107th Maintenance Company was a 44B, Welder and Fabricator position. He then moved into a 92A Material Management and Accounting position, where he was promoted to Sergeant. During his time with the 107th Maintenance Company, he was activated and deployed to support Joint Task Force-Bravo in Honduras and Operation Noble Eagle at Fort McCoy. He was a member of the Wisconsin National Guard Counter Drug Program from 1999 to 2005, providing logistics support to the program and acting as a facilitator in their mission of Drug and Alcohol Prevention Education.
In 2005, SFC Brownell started his full-time career as an Assistant Facility Manager with Training Site Command (TSC) of the 426th Infantry Regiment and the Wisconsin Military Academy (WMA). At the same time, he transferred to an M-Day position with TSC and went to Quartermaster School to attain the 92Y MOS and became a Unit Supply Sergeant, which aided him in becoming a Staff Sergeant. During his assignment at TSC, he volunteered, was selected, and deployed with the Forward 23 Element of the WIRING. Forward 23 was a sixteen-man embedded training team with the Afghanistan National Army. It was their responsibility and duty, along with the other State Teams of ETTs, to train and teach the Afghanistan National Army how to train, fight, operate, and become inoperable with US and NATO forces. SFC Brownell’s specific role was to advise and teach Afghanistan National Army logisticians at the Brigade Level and Below.
In 2007, SFC Brownell accepted an Active Guard Reserve (AGR) position with HHC (-) 1-128th Infantry Regiment in Eau, Claire, WI. He would deploy with the Eagle Battalion and the 32nd IBCT in 2009 to support Operation Iraqi Freedom as the Unit Supply Sergeant. When he returned in 2009, he transferred to E Company, 1-147th Aviation, as the Unit Supply Sergeant. He took the success and lessons learned from his 2009 deployment and provided guidance and logistical assistance to his assigned unit and the rest of the Battalion for their activation and deployment from 2010-2011.
Once returned in 2011, SFC Brownell transferred to the 64th Support Detachment (ROC) in Monroe, Wisconsin. Here he transitioned into an Operations Sergeant/Readiness NCO position, attained the 12B MOS, and was promoted to Sergeant First Class. In 2013, SFC Brownell was responsible for closing the unit and casing the colors.
At the same time, SFC Brownell was asked to assist with resourcing and preparing the WICERFP for its initial operational certification in 2012. He would transition to the Logistics NCOIC position in 2013 and became a Subject Matter Expert (SME) nationally in the Chemical Radiation Explosive (CRE) logistics community. In 2014, he transitioned to the Resource Management NCO for the Recruiting and Retention Battalion. Here he was responsible for being the conduit between the command and USPFO for all fiscal matters during high scrutiny within the National Guard Recruiting and Retention community. He worked on multimillion-dollar contracts and provided methods and means to resource the Recruiting and Retention Battalion while ensuring fiscal responsibility and ethical money management.
In 2015, SFC Brownell returned to the 1-147th AVN Battalion as the Battalion Logistics NCOIC. Here he prepared, deployed, and redeployed the Battalion and attached units to and from the National Training Center (NTC). The 1-147th Aviation Battalion was the first pure National Guard Aviation Task Force assigned to support an Active Duty Stryker Brigade and performed better than previous Active Duty Aviation Task Forces. For his performance, SFC Brownell receives the Commander’s Coin from the 1st Armored Division 1st SBCT Commander. SFC Brownell, without an S4 officer during his entire assignment, guided and built the Battalion’s Logistics Readiness Program by creating processes and programs recognized and rated by the Aviation Resource Management Survey (ARMS) team as being Commendable and best practices throughout the Army Aviation community. This achievement and rating happened in 2016 and 2018. SFC Brownell also became an SME at deploying aviation units and communicating daily with Aviation Organizations and Points of Contact throughout the nation. He guided the logistics and enabled the deployment and redeployment of four different Task Force organizations during his assignment. He set the standard and left the 1-147th AVN BN in a better logistical posture than he received in 2015.
In 2019, SFC Brownell was reassigned to the 64th Troop Command Brigade to assist with logistical planning and support while he transitioned towards retirement in 2020. In late 2019, SFC Brownell was asked to be a fast fill for HHC 32nd IBCT as a Brigade Logistics NCO Advisor supporting JMTG-Ukraine and advising, training, and teaching the OC/Ts of the Armed Forces of Ukraine. He accepted and adjusted his retirement date to May of 2021. SFC Brownell is retired from serving 24 years of Active Service as of the 1st of June 2021.
SFC Brownell’s military awards include the Bronze Star Medal, the Meritorious Service Medal, the Army Commendation Medal, the Army Achievement Medal, the Good Conduct Medal, the NATO Medal, the Afghanistan Campaign Medal with two campaign states, and the Iraq Campaign Medal with two campaign stars.

My Fox Red Labrador Moose has been a blessing to me. When I retired, I got him to be a companion and maybe to train as a Service Dog. After looking at his pedigree and its genetics, I decided to send him to get trained as a flusher to see what he had and to get him to hunt because it could be a new hobby for me since I had never birded hunted before. I sent him to the Sire’s kennel and trainer/owner Mike Vaughn of The Blast Wingshooting Kennel. After being there for four months, Mike told me that Moose wasn’t mediocre and had much more in him. Great, I now have a star athlete as a kid. Because of his skills and genetics, I bought the shotgun, vest, and everything else needed for this journey. We started attending seminars and hunting tournaments all over the Midwest. Because of him, we have met many great people and new friends and began a new hobby together which we can grow into. It’s amazing how dogs can bring people together. It truly is all about the dogs.
It is also amazing to always have him by my side. Not many dogs can do hunting and Service Dog work, but it is fantastic to see Moose flip the switch depending on his uniform. On the flip side, Moose was awarded an owner training academy scholarship through Custom Canine of Madison, WI, and the American Warrior Institute, which is the fundraising arm of Fairway Mortgage. We have a lot of training to complete, but it is an incredible journey and opportunity.
One of the newest hobbies and methods of therapy I have is spending time with Moose in the Upland Bird World. We do tournaments, wild bird hunts, and game farm hunts. Spending time in the field with Moose has been amazing, and it is therapeutic because it is just him and me and nothing else matters. He gives me purpose, and I do the same for him.
His favorite thing to do is to be by me. Either the house, the kennel in the truck, the camper, or the front seat of the UTV. He is pissed when I leave without him, which is sometimes evident when I drop him off at the training kennel or trailer. He is kennel trained but sometimes will put up a good fight when attempting to put him in the kennel or someplace I will not be.
Moose goes to more places than most humans, such as concerts, football games, and social events. He is the center of attention, and I don’t mind. The breeder, Sharon Krautkramer, has witnessed our growth together and states the theory of “I am his human, and he is my dog” is alive and well.

This is just a piece of the story. There is so much to tell and new chapters being written.

I do it for him. It is all about the dog. He, in turn, does it for me. We are partners in crime. He introduced me to entire new life and group of people. He motivates me to get on his level. He helps me live.