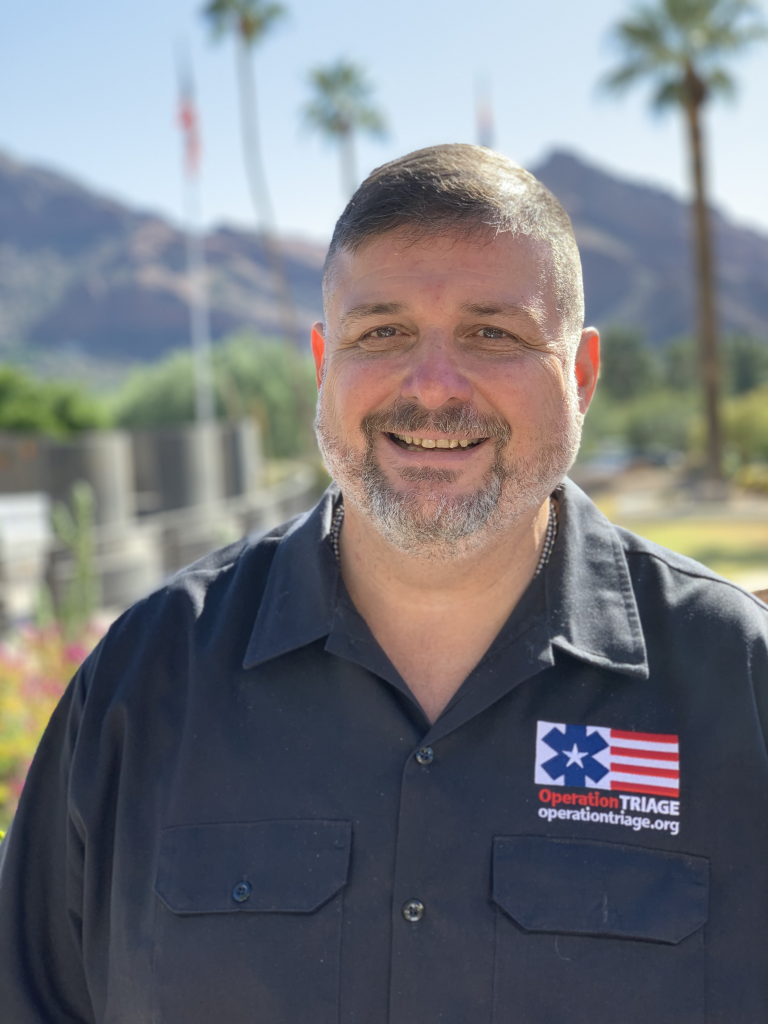 I retired from the United States Air Force after 20 years of service.

I am the President and Founder of Operation TRIAGE. Operation TRIAGE was established in 2016 as a non-partisan/non-profit 501(c)(3) organization providing spiritual, emotional, physical, and financial support to service-members, veterans, first-responders and their families.

Why we are needed!

Active duty members of the military, veterans and first responders are disproportionately affected by suicide. Here are some quick facts about how suicide affects America’s heroes:

Suicide is the second leading cause of death in the U.S. military. Although military suicide rates were once lower, they are now twice as high as the general population, according to the Center For Deployment Psychology of Uniformed Services University.

About 20 veterans commit suicide every day. Suicides in the army increased 80 percent between 2004 and 2008, according to Department of Veterans Affairs.

First responders (police, firefighters, EMTs) “are more likely to die by suicide than in the line of duty,” according to the Ruderman Family Foundation. More than 6 percent of first responders have attempted suicide, a rate 10 times higher than the general population, according to Fire Rescue1.

The elevated risk of suicide for these professions may stem from the stress and trauma of the jobs. Being on the scene of dangerous and emotionally draining situations leads to conscious and subconscious psychological damage that can linger for years.

The Ruderman Family Foundation estimated police officers witness about 188 critical incidents during their careers, leading to depression and PTSD rates that are five times higher than the general population.