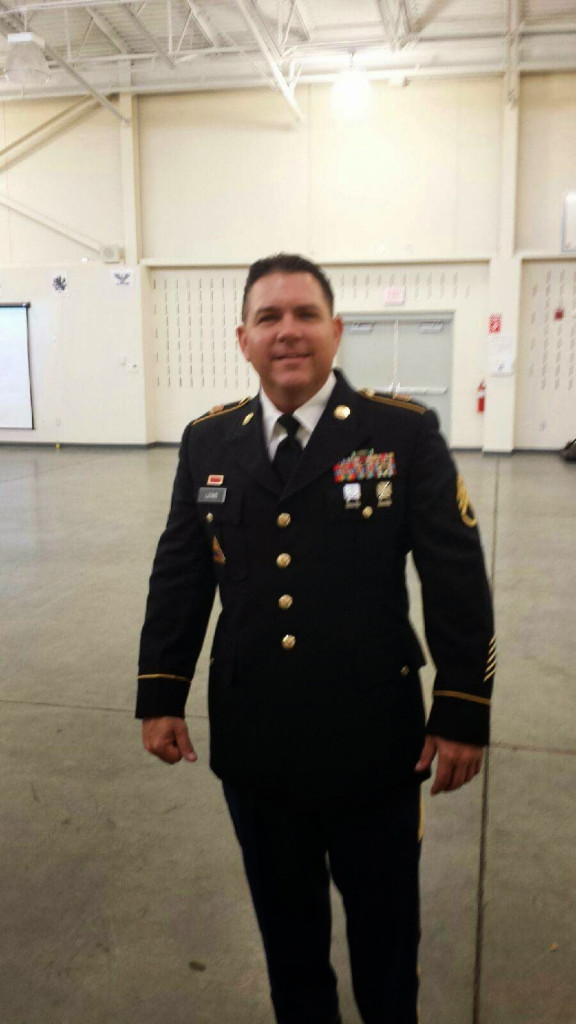 I served as a combat engineer with the 3AD 23rd engineers from Hanau, Germany in Operation Desert Storm. I was on active duty for 4 years. Then joined the Rhode Island National Guard. I served as an ILO MP with B 103rd FA in Operation Iraq freedom 2004-2005 in Baghdad. I reclassified as 88M MTO and deployed with 1207th Transportation unit from RI NG Operation Iraqi Freedom 2006-2007.

I then trained to be in a QRF team and deployed to Kuwait during Operation New Dawn 2010-2011 as a Quick Reaction Force team leader. I retired with a medical at 20 years as well as serving as a comm data installer at Camp Fogarty as a federal technician.

I am now the commander of DAV chapter #6 Josiah Broadfoot in Westerly, RI and a proud member of VFW 8955 “Strong” Amacio Falcone Gaccione Westerly, RI. I am on a radio show every Tuesday morning 1000-1100 on WBLQ 1230 AM and 103.1FM and at WBLQ.NET, “The Veterans Hour ” with the commander of 8955 Bill Siano and Ken Burton and Ray Blanda Sr. with guest host Suzanne Giorno Westerly Town Council. Thank you, retired SSG David F. Lowe.

The Army was my career and calling now I am a veteran helping veterans. A recruiting poster in the late 80s with Uncle Sam on it “If not you? Then who?” It’s a simple statement that rings true about being part of something bigger than yourself and being a participant as opposed to being an onlooker.