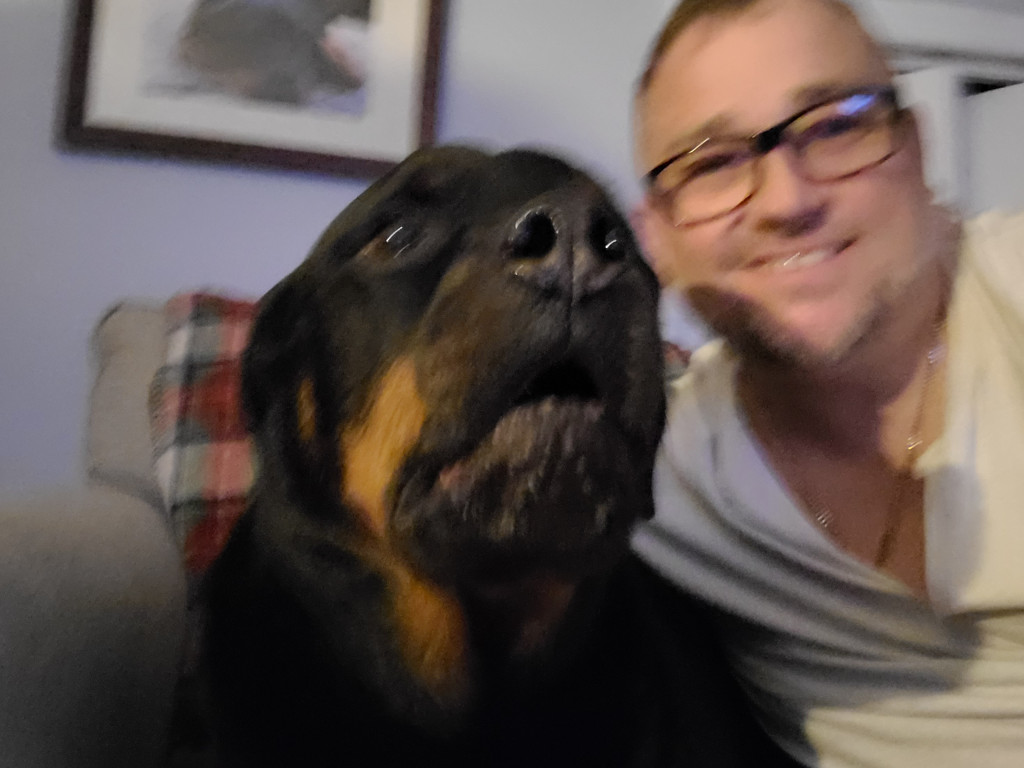 I served close to 17 years of total service in Army & National Guard
I served as an MP @ Camp Bucca Iraq 08-09.

Oct 13,2013 @ step brother of my was KIA in Afghanistan. I had been given a Rottweiler 3 days early and he was named after SSG Patrick H Quinn. 23 Dec 2013 Two non-profits came together and decided to help train him to be a service 🐕‍🦺 dog. He has saved my life so many times struggling with PTSD. Multiple suicide attempts and many rough times were survived only because of Patrick.

Patrick helped not only me , but other veterans and other K9s at this point. He was made an honorary Rotary Club member. He has many other acoldales such as helping start the 401K9 program with Tails of Hope Foundation at the Animal Medical Center in NYC,NYC. He is a certified medical service dog and was the ambassador to