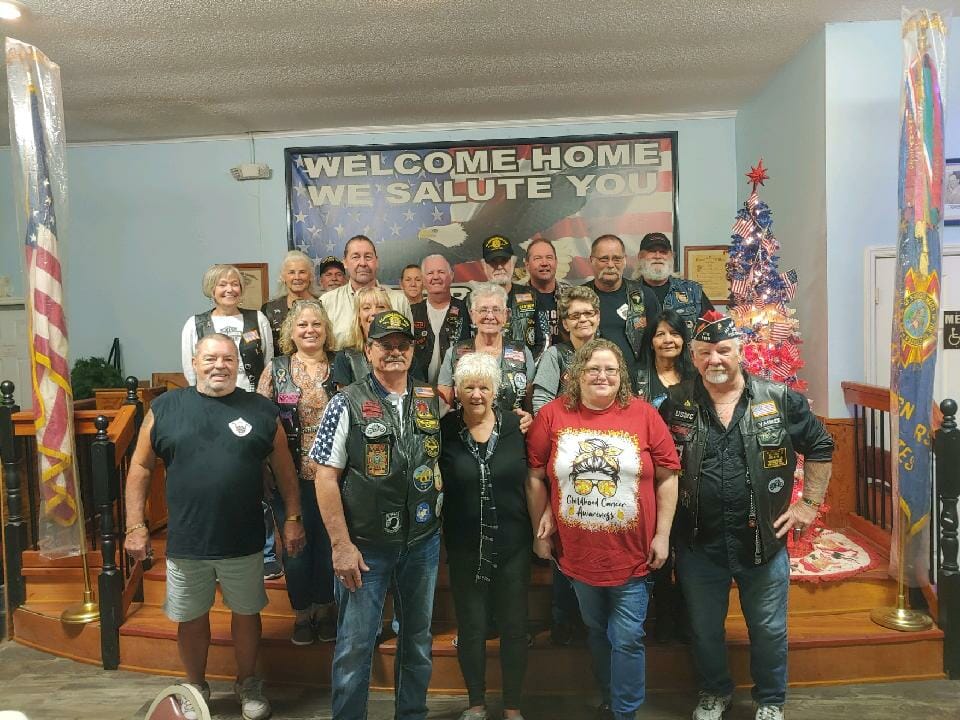 I served in the US Navy on board the USS Independence CV62 Aircraft Carrier and at Andrews Air force Base in Washington DC. I worked as a trouble shooter and operation of the catapult crew on the flight deck on the Independence and was part of the C131 Squadron at Andrews.

As a Trustee of VFW post 8189 and the President of the VFW 8189 Riders Group of over 50 members we are a motorcycle riders group that helps veterans and there families in need. We take donations and do a Dice Run as well as a 50/50 draw on the runs to make money for example on our NoveAmber ride we collected $7300.00 for a Veteran who’s 7 year old son is fighting cancer at Johns Hopkins Children’s Hospital in Orlando FL. The Veteran/Father lost his job because he had to be with his son so all the money raised was to help support the family especially here at Christmas time.

The duty of serving and supporting others who can not serve or are having a hard time supporting themselves and there families does not stop after active duty. Once a serviceman always a serviceman.