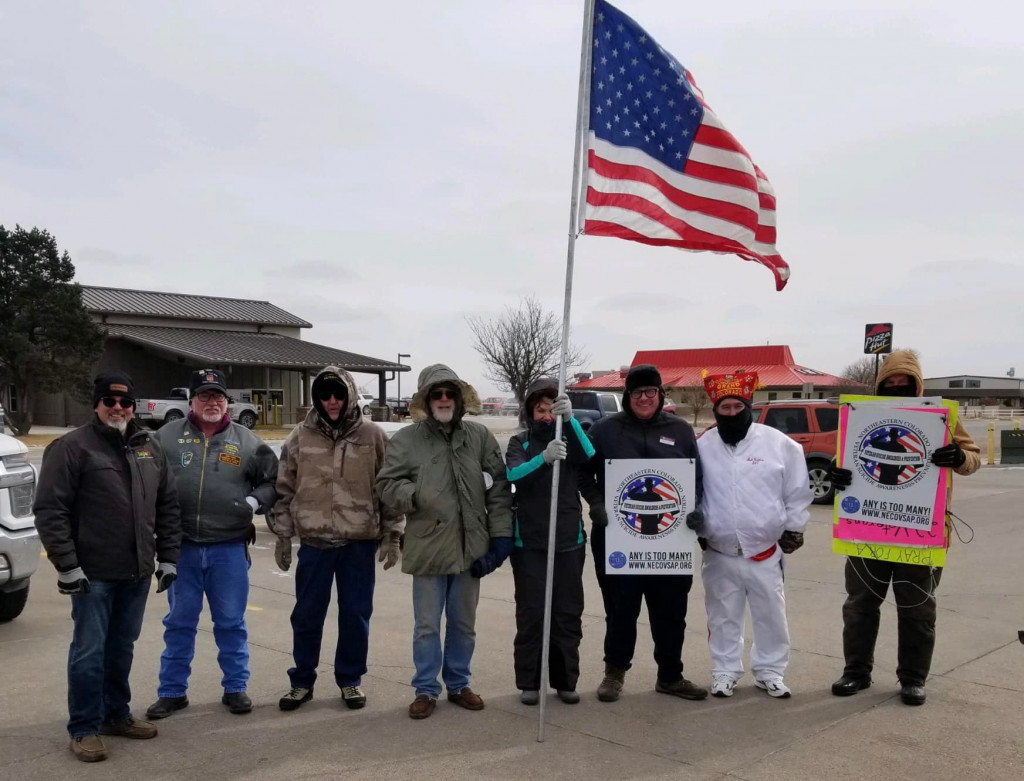 Commander of local Liese-Bowen-Johnson VFW Post 3551 (third year as Cmdr), Blue Star Chairman for American Legion Sagebrush Post 68, Past Master of Brush Masonic Lodge #123, and on the Board of Directors and a founding member of Veteran Suicide Awareness and Prevention (501C3 non-profit organization – started under the auspices of Together With Veterans and the V.A., and one of the original 15 nationwide)

My wife’s first husband died by suicide. I’ve lost three of my former Navy buddies due to suicide. Eight years ago we began an event we called “22 is too many” for the 22 vets that died daily by suicide (according to VA statistics at that time). Now they say 17.5 is the current number, so we now call our awareness event “Any is too many” so we don’t have to change each year. We stand on the corners of the busiest intersection in town (and we are now in four cities of northeastern Colorado!) with flags and signs to raise awareness for one hour (noon to 1pm) on the 22nd of each month because that was our original day, NO MATTER what the weather. Last month, 9 of us stood on the corners at Yuma, Colorado in a temperature of 1 degree F with wind chill roughly at -15. Summertime might hit over 110 F, but we have committed for a cause greater than one hour of discomfort. Since most of us are Veterans, we hold all of our VSAP meetings at the VFW Hall.