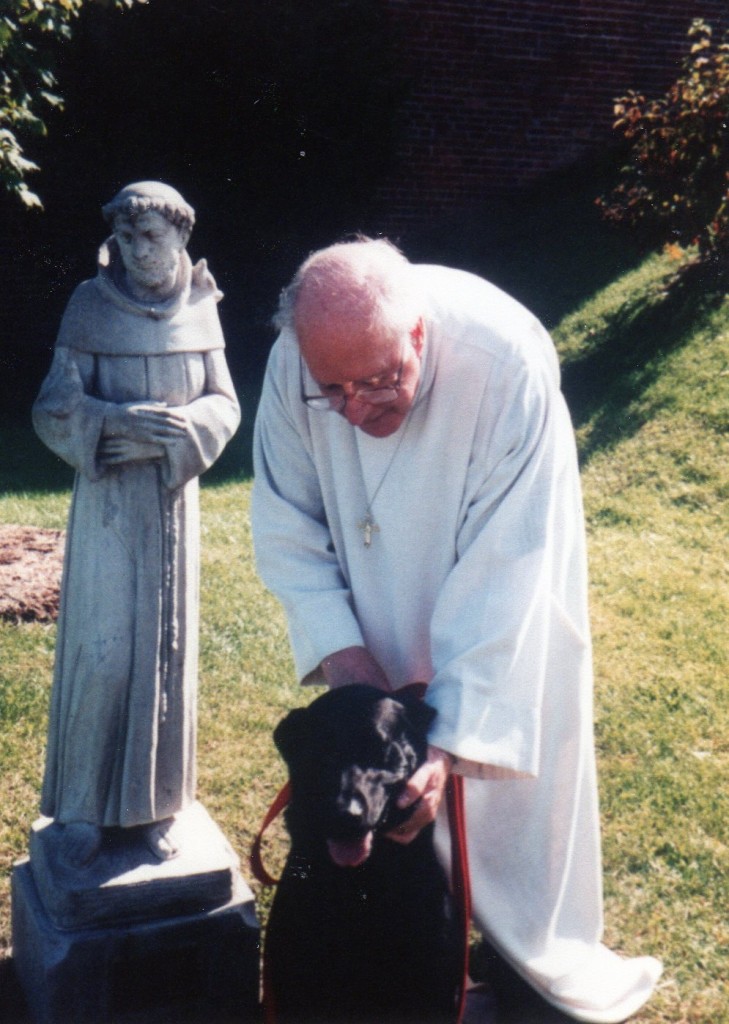 I joined the 104th Timberwolf Division in the California desert in time for night-fighting training at Fort Carson, CO. I spent 11 months of night-fighting in the Netherlands with the Canadian First Division as a platoon leader’s messenger and then Germany as the Company Commander’s messenger. After hospitalization for wounds, I returned to the Company as its clerk until the Company was moth-balled in Fort. San Luis Obispo, CA.

After schooling under the G I Bill, I was ordained a priest in the Episcopal Church and served 37 years in WY, ID, MT and overseas in Liberia. Retired in 1989, I continued to serve in NC and VA. As a Life Member of the VFW, I live now at 95 with my wife in NC in a retirement community and still carry out priestly services among our residents and in our local Episcopal parish, all despite now being wheel-chair bound.

While I was drafted for service, I continue to serve because of my love for people and the joy of being of some help when people are in some need, however simple.