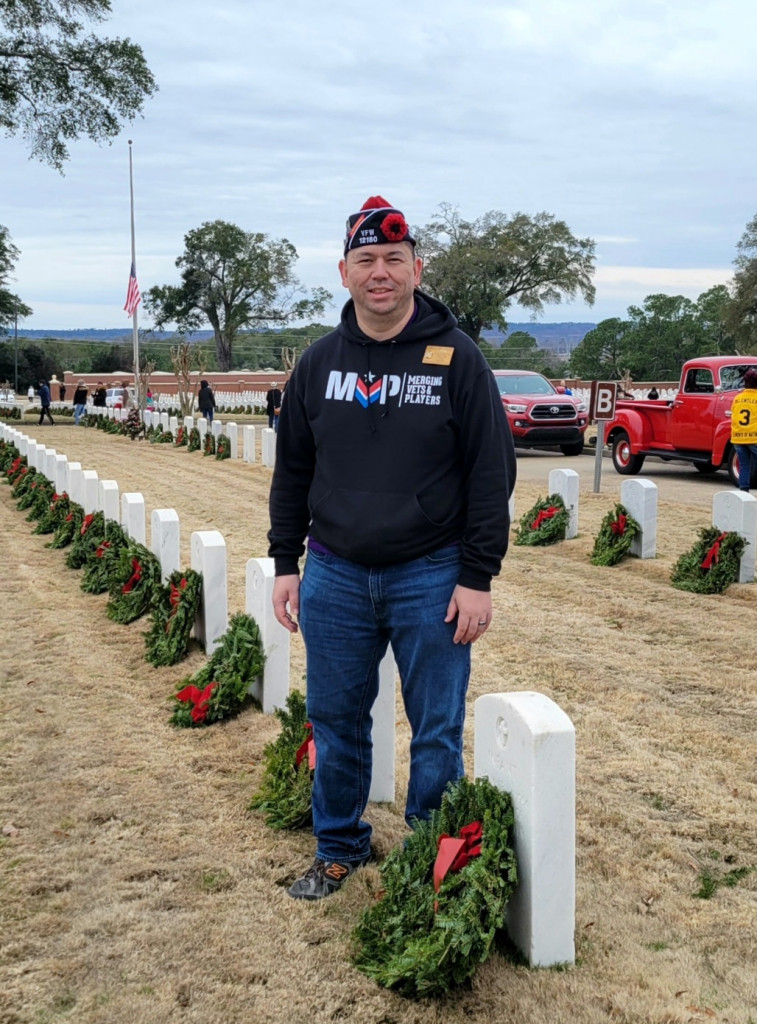 I served in the U.S. Air Force from June 2001 to June 2007 on Active Duty. I was at Lackland AFB when the USAF 1st Sergeant of the EOD Training Squadron lost her arm from a package bomb on base sent to her by a flunked out EOD Trainee and was also in technical school for electronics principals to see the twin towers and Pentagon be attacked. I served at Camp Humphreys AIN, South Korea with the 607th Combat Communications Squadron (Geographically Separated Unit) for the 7th Air Force out of Osan Air Base. My postion there was a Tactical Satellite Apprentice. We deployed around the Penninsula as first line tactical communications assests for the Korean theater. One of our missions for exercises was extended a week in support of OIF kick off in March 2003. While in Korea one of the volunteer trips with BOSS was to visit a local orphange/foster home. The kids were so excited to see us and interact with us. This is one of the main events that made me want to volunteer more for similar things.
While stationed at Hickam AFB with the 15th Communications Squadron (2003-2006) I did volunteer work with Easter Seals, base fundraisers, military blood bank donation drives, and a few other organizations. I know all too well how the local economy and remoteness of the Hawaiian Islands makes it hard for local families and military families to live since this is my origin home and have family there. I also had the lucky chance to aid and participate in a special TDY with JPAC (DPAA) as a Communcations Operator for a recovery mission of KIA/MIA military members in Kham Duc, Vietnam. The work was hard, but it was rewarding work. I was honored to be selected and participate since there is a family and personal connection to the Vietnam War and to the Military Special Operations community. My dad was severely injured after getting blown out of a fox hole by enemy explosives during a mission with Force Recon there and had to be medevaced out. I later found out we had recovered enough evidence for the three personnel we were looking for to close out the case and repatriate them. I was a S.W.A.T.S Craftsman at Hickam AFB. I was also witness to the redesignation of the base wing to from an Air Base Wing to an Air Lift Wing with the new designated C-17 mission. My work at Hickam AFB included deployable MILSTAR assests; global White House Communications Agency assets; base, PACAF, Numbered Air Force, and USPACOM communication assets; deployable SATCOM assets; and fixed weather satellite and multiple satellite tracking and data assets.
My final station was Nellis AFB, NV from 2006-2007 with the 3rd Special Operations Squadron doing JSOC, SOCOM, and AFSOC armed ISR support missions for the Quiet Professionals in theaters of the GWOT. The squadron was reactivated has Medal of Honor recipient USAF Sgt. John Levitow as part of their lineage. I was part of the initial cadre to get the squadron full stood back up. I was a Predator Communications Craftsman at the time. I knew with storied hearldry and squadron lineage that we worked hard and did important work.

I am #STILLSERVING today by providing aid and information on veterans benefits and disabilites claims as a former Post Service Officer, Former Post Jr. Vice Commander, fellow disabled veteran, & Diversity & Veterans Advocate; assistance with clothing, toy, and food drives and distribution of these items to those that need it and to fellow Veterans and their families; and assisting with Wreaths Across America every year by placing the donated wreaths on headstones of our fallen and departed military members, veterans, and their family members. I also advocate for and participate for the mental health and peer to peer support of mental health of our veterans and their family members. My family and I participate in Wreaths Across America every year as well since we long family histories of military service on mine and my wife’s families.

Serving my community means being a leader and mentor to show there is still hope and good in the world despite the crazyness that keeps stacking up these days. It shows that Veterans are people too and not the crazy PTSD stricken people that a lot of the media puts out. It also allows visibility for those now separating or retiring from the military that help can be given, you are needed, and that they can get help from within the military community if they want and need it. Military service and serving my community has a long lineage in my family and I also know all too well how those that can’t afford things have it hard in this world. My dad is a U.S. Marine Corps Vietnam Veteran that was with Force Recon (Chu Lai, 1st Force Recon) and is 100% disabled rated. My family has had a family member in every major and minor American Military history conflict and war from the French-Indian War to today (Korean Defense, GWOT for me). Ancestry lineage is from a line of German Knights and Samurai. It also makes me feel good.