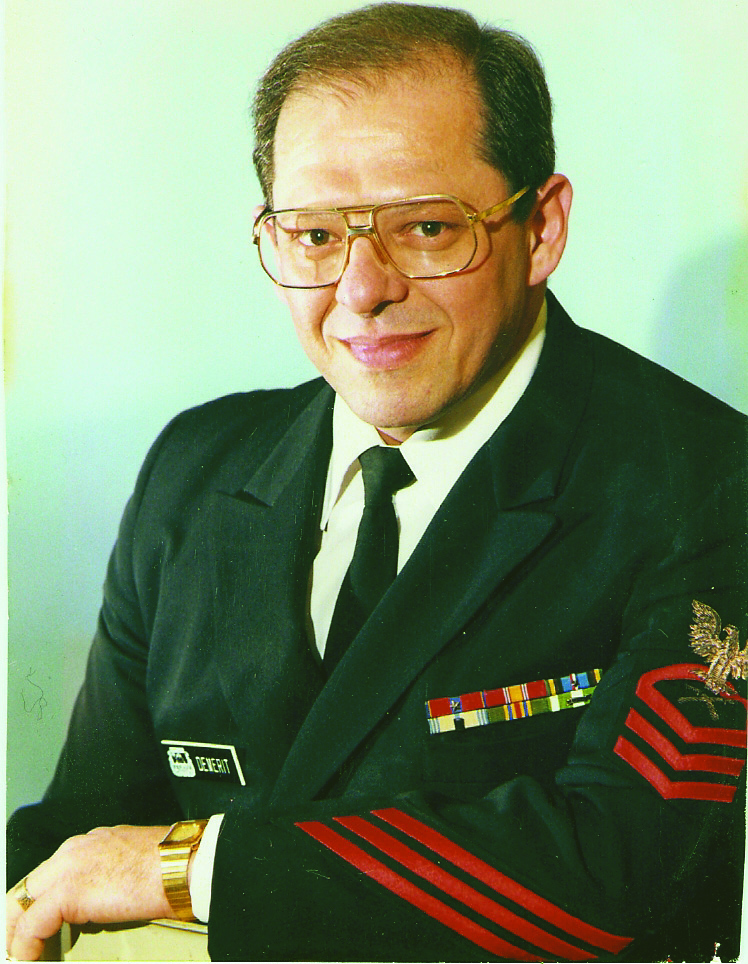 I served aboard the U.S.S. Kearsarge CVS 33 from September 1964 to September 1966. I arrived as a Lithographer Striker and left just after passing the Second Class exam. The Kearsarge was an Anti Submarine Aircraft Carrier. When I went to the print shop I found that I was to work with 6 other seamen, 2 third class petty officers and a 1st Class who was in charge of the shop.

After one week I was put in charge of the print shop because I had more printing experience than the 1st class and both 3rd classes combined. I was a Journeyman Typesetter at the age of 5. My father owned a print shop in Chicago, Illinois and for the year he babysat for me I memorized the typecast layout and would set type for him. I had print shop classes in both junior high and high school and worked part-time in a commercial print shop after school.

After I retired from work in 2004, I was finally able to join the Masons. I was working between 60 and 90 hours a week as general manager of a newspaper, six days a week. We also did commercial printing so I was involved in the typesetting, layout and design of the Masonic News Letter for two Masonic Lodges.

One of the first things I did was to become a member of the Los Angeles National Cemetery Support Foundation. A lodge brother was a former Purple Heart commander and got me involved because we were both Vietnam veterans. My first year with LANC Support Foundation I was asked to do the Memorial Day program. The Foundation chose a subject or theme for Memorial Day, made up the program, did the press releases, arranged for the band, guest speakers, Master of Ceremonies, color guard fly over and anything else that was involved in the program. I had remained in the Naval Reserve when I was discharged from Active Duty so I tried to get as many of my former shipmates to help with the program and attend all the functions including the Scouts placing the flags on the Saturday before the Ceremony. I also recruited as many Masons as possible to help out. After 14 years with the Foundation, I had to drop out because I had too many jobs. Masonic Lodge Member: attend all meetings and as many functions and events as possible. Generally EVERY Thursday.

Lodge Chaplain: Attend all meetings and degree nights and serve as Chaplain.

Trestleboard Editor: Gather the information to be posted in the 16-page issue every month. Design and create the ads that will appear. Takes 40 to 70 hours a month.

WMBA Board Member: Attend all WMBA meetings. Usually the last Thursday each month.

WMBA Board Secretary: Take and transcribe the minutes each month. Send them to all the board members, send out notices for each meeting, keep track of the terms each member is serving, notify the board president when someone is terming out and needs to be replaced and maintain and update the association’s bylaws.

Building Manager: Responsible for all maintenance, upkeep & repairs to a 3-story, 23,000 square foot building with an 80 car parking lot.

Chairman of Sweetheart’s Day event: make reservations and purchase admissions to any number of venues to honor the wives, girlfriends and widows of all the Lodge’s members.

Chairman of Nethercutt Museum: make all arrangements for the outing and lead the group on the tour of the Museum. Tour generally takes about 5 hours.

Member LANCSF: Meet once a month, plan all of the 9 events held at the Cemetery each year.

LANCSF Board Director: Instrumental in the planning, research and implementation of the events for the year.

LANCSF Secretary: Records and transcribes all meeting notes to send out to the other members. Keep track of any item that needs immediate attention for the cemetery. Maintain the Membership Roster and make any updates to the Bylaws.

Lincoln Remembrance Day Chairman: Handles the guest speakers, Honor Guard, Master of Ceremonies, any band or singers, typesets and prints the Programs. Writes the script for and goes over it with the MC prior to the presentation.

Camarillo Phone Book: Do all the typesetting, ad designs, layout and preparations fo the phone book between March and September every year for the past 30 years. That includes updating the Personal and Classified listings.
Aside from the LANC and some of the Lodge functions, I still do all the rest.

When I joined the Navy, after the Physical Exam, I was tested with about 40 other guys. While waiting for the results, I was approached by two Navy Commanders. They asked me if I wanted to be an officer in the Navy. I asked what was involved. They said at least two years of schooling to obtain a degree and get my Navy commission. When I asked how many total years they said between 8 and 10. I told them that I joined the Navy for two reasons.

The first was to support my country and the second was to pay my country back for ll the freedoms that I was given just because I was born in the United States. I told them that I had been a printer for 13 years of my life I had planned on teaching whatever I could to others who wanted to be printers and then get discharged and go back to being a civilian printer. I asked them why they chose me to offer the commission. They said that based on my test score, I was too smart to be an enlisted man. I told them that if I was that smart, I would not have any problem making rate. That turned out to be true.

I enlisted in 1961 and I passed the Chief’s exam in 1970. I found that both the Naval Reserve and active Duty were much harder than they needed to be mainly because too many people in both did not have the slightest idea what they were doing or how to help out their shipmates and I swore that I would try to correct that as much as possible.