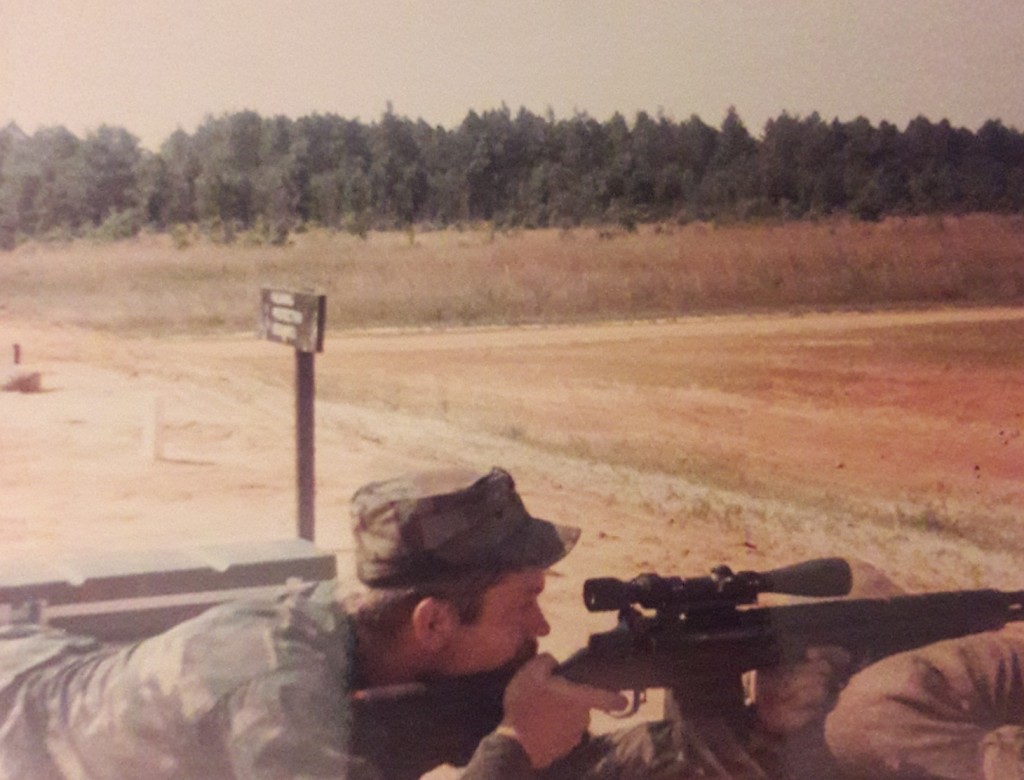 I’m a retired master sergeant who served 28 years, almost entirely in Army Special Forces, from Vietnam through Desert Storm, retiring one month before 9/11. Having been chief sniper instructor for my last 3 years, I came back for six weeks to teach one more class of 24 men. I was both a static line master parachutist and a freefall parachutist. Holding a civilian paramedic license I acted as a second medic on my operational detachment A team.

I went on to train multiple police SWAT team snipers, then coached Junior Olympics for three years, getting our 12 kids to place 3rd nationally with 2 earning college shooting scholarships. I’m now on my sixth year coaching 23 kids in 10 meter Olympic air rifle. I teach flag etiquette at schools through my VFW Posy 1617 in Derry, NH. I serve as post quartermaster and as sergeant at arms at my American Legion Post 108 in Chester, NH. I’m also a rifle shooting merit badge counselor for two Boy Scout troops.

I truly enjoy working with our youth, especially with gun safety and accurate shooting. The big grin on a kid’s face the first time they hit a bullseye is my reward. Flag etiquette is about teaching both respect for the flag and our nation, which so many brothers and sisters have fought and died for. I believe it’s up to VETERANS to CONTINUE to set a positive example for our youth as they are the future of our country.