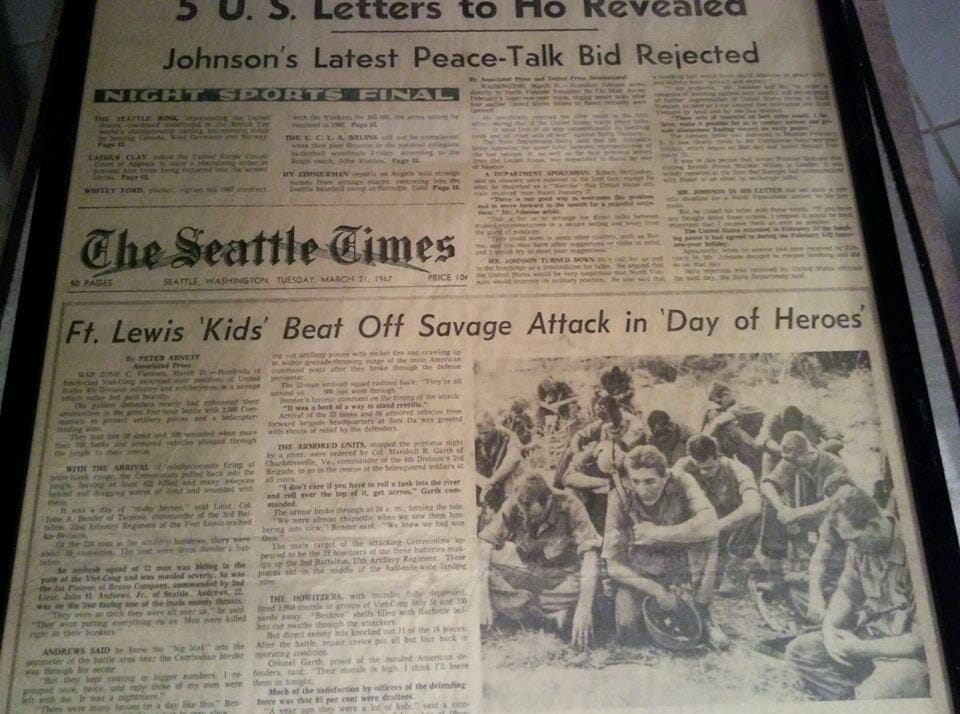 US Army Infantry from June 1962 to August 1970. I served 20 months in Vietnam with the 4th & 25 ID, March 21, 1967, was involved in the Battle of Soui Tre. This was the largest single-day fight & enemy loss of the war. It propelled John Vessey from a Lt Col to 4 Star Chairman of the Joint Chiefs of Staff… In the closing moments of the battle, I fought shoulder to shoulder with LtCol Vessey.

I am currently the County of Hawaii’s Chairman of the Veterans Advisory Committee, and also Chairman of Hawaii Island Veterans Memorial Inc (www.hawaiiislandveterans.org) as an all-volunteer group developing low-income housing for older veterans, as well as the future site of the VA Hilo Hawaii CBOC facility. My own private project is Mystic Palms Plantation Veterans Vocational Training & Retreat, over the past 10 years have worked with Veterans 501(C)3’s promoting veterans’ careers in agriculture and landscape maintenance & management.

On March 21, 1967, I survived the Battle of Soui Tre and 2 days before survived a hot insertion on LZ Gold costing the lives of 55 KIA and over 200 WIA. Most of this unit was drafted and I felt that I owed the memory of those who lost something. It took 40 years to find out what that would be after I had buried that memory very deep under the shadow of being a workaholic.

It is hard for veterans who were the “Tip of the Spear” combat veterans, to fight for what they earned, we suffered for over 30 years the stigma of Vietnam. On March 21, 2019, I traveled to Vietnam, there I met up with Charlie Brewer who lost his brother James Dale Brewer in the Battle of Soui Tre, a Vietnamese retired Colonel Ha and another Vietnamese family who lost a brother in this battle. We all visited the Battlefield 52 years after that very ugly day when nearly 1,000 souls died.