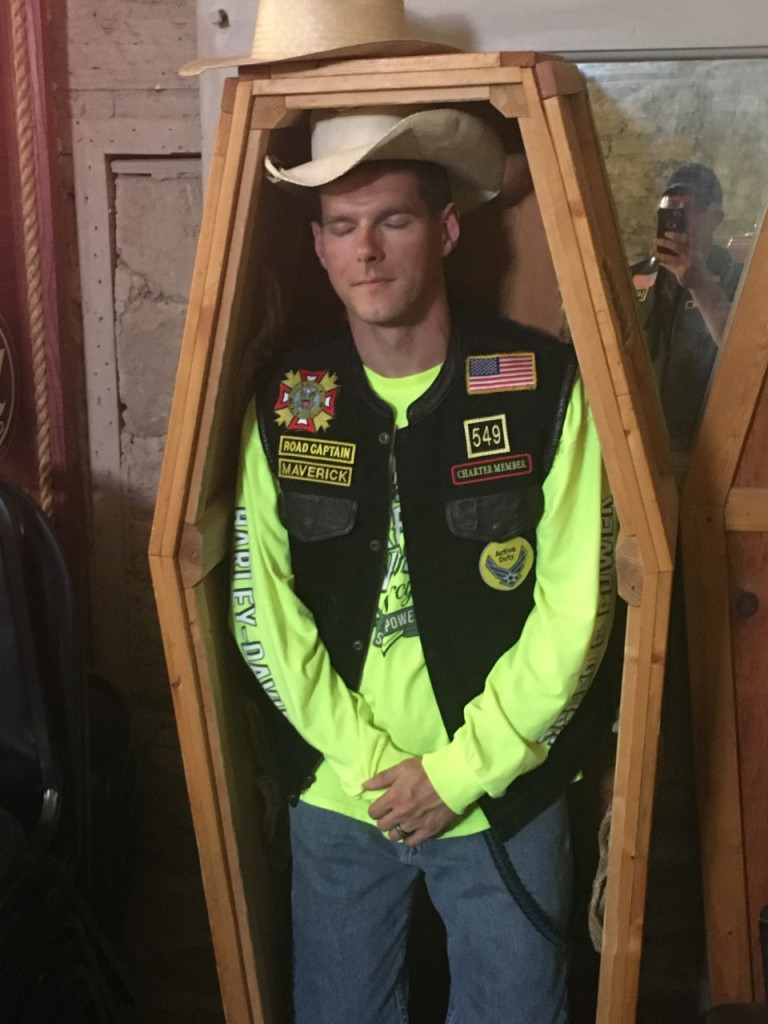 I have been in the Air Force since June 2002. I got my VFW status due to my single 6-month deployment to Bagram Afghanistan in 2007. I am an A-10 Jet engine mechanic by trade.

I am one of a few members on my post that are on Active Duty. I have been able to build bridges between Davis-Monthan AFB and 549. One connection that was established was with AFSA 1261 in 2020. From that point on, there has been a slow and gradual increase in base personnel reaching out to the post to discover/re-discover the VFW and find an interest in contributing as a whole.

I am one of the riders of the newly charted riders group for the post. One of the many results has been visibility of the post in general on base with the post leadership as well as the riders groups patch due to various projects individuals & groups do on base. With my activity as a 549 member and rider, I am able to use my VFW involvement as a statement on my Air Force EPR. Others are finding themselves able to do the same. Ever since AFSA 1261 established a collaboration with 549, the post has been included in a lot of their projects on and off base.

Joining the VFW help me become part of something bigger than me and the Air Force/military. I hear very often about people saying they wish they could do something to make a difference and help someone in need. My membership with the VFW over time has helped me do just that. On the rare occasion I get to meet a direct recipient of help I was a part of providing, sometimes I get to meet a director or equivalent of an organization that provides help to those who need it based on help I was a part of contributing to.