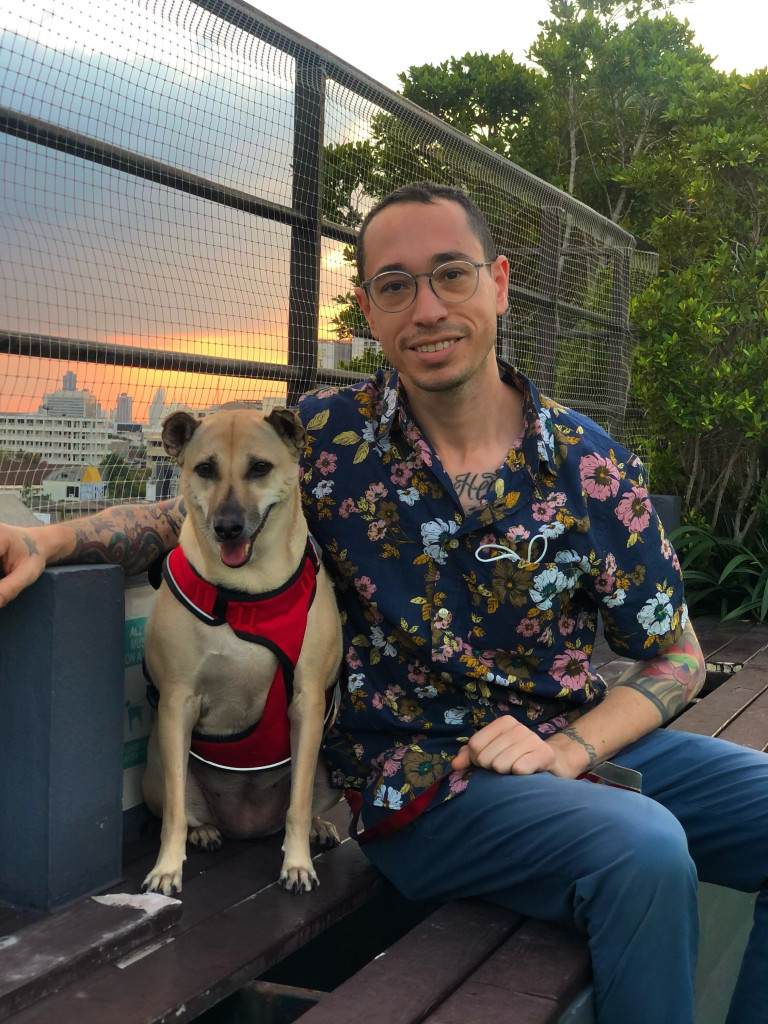 I served in the Army (active duty) as an Infantry Paratrooper from 2006-2012. I deployed to Iraq with the 82nd Airborne Division (Fort Bragg, NC) in 2007 and to Afghanistan with the 173rd Airborne Brigade (Italy).

I live in a farming village in northern Thailand. It is not part of pet culture to walk your dog outside in the streets here. When I walk my dog, we encounter farmers, monks, and dogs — all of whom used to give us strange looks; and now, we have become friends. As a foreigner in a rural Thai village, my dog has helped me make connections with the locals (people and animals) and identify needs that I may be able to help them with. There are people that we help rebuild after a storm. And there are stray dogs who we feed daily. My dog’s name is Mama and she is the unofficial mayor of our small village.

One thing leads to another. While deployed to Afghanistan, journalist James Foley was attached to my platoon where he captured combat footage of a remote combat outpost in the eastern Afghan mountains. He and I planned on hiking the Appalachian Trail together after my separation from the Army. Unfortunately, he was captured in Syria. I decided to hike the trail over the course of six months during his captivity and upon my completion, unfortunately, he met his fate by execution in Syria. But while I was on the Appalachian Trail, I read a book about Cambodia and decided to move there the following year. While doing mission work in Cambodia, I fell in love with a dog who I adopted and brought back to America. A few years later when I decided to move to Thailand, I knew I had to take my dog with me. I see the memory of my friend James Foley in my dog and both of them help me to continue to serve today.