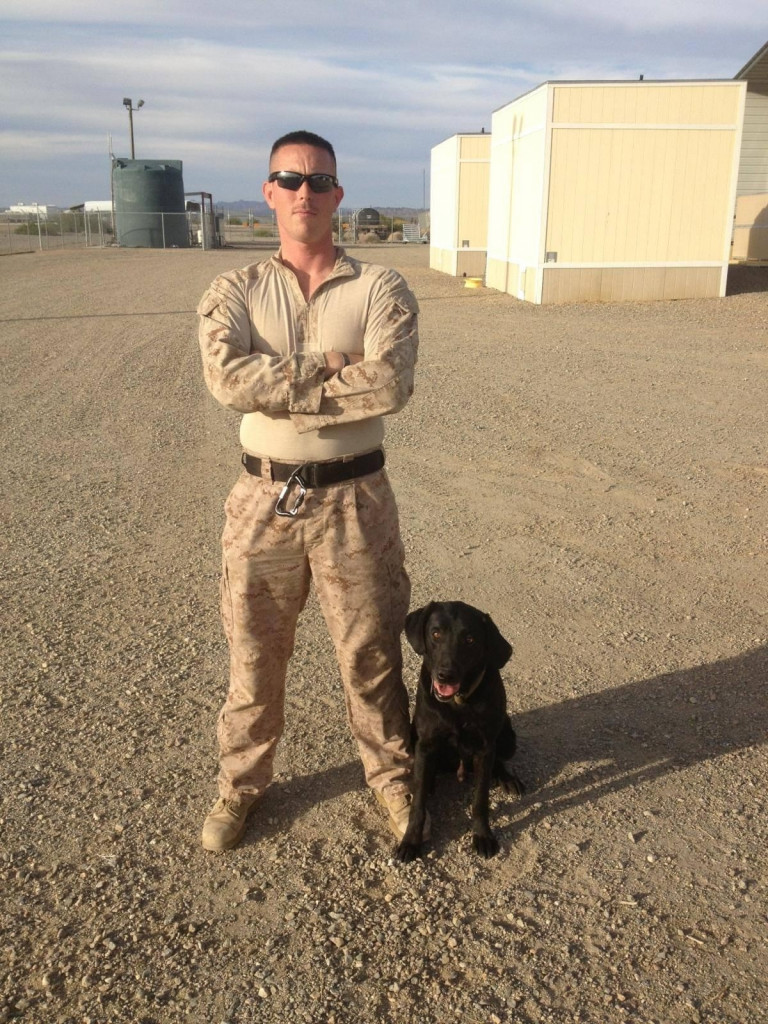 I served in the Army for 6 years. However, the retired MWD that I adopted was my Son’s MWD. Our Son is currently in the Marine Corps and is stationed in VA. Our retired MWD is Iiken. He is a 15 year old Black Labrador that born and bred to be in the puppy program at Lackland AFB, TX. Iiken was trained as an SSD (Specialized Search Dog) and searched for explosive devices. He was wounded in Afghanistan and after he went through rehab and more training, he was sent back to duty. He served in TX, AZ, CA, Okinawa, Philippines to name just a few places. He was also assigned to a few POTUS missions and won second place in a K9 competition.

Today, Iiken is living the life of luxury. However, he still goes to various functions in our local town to bring awareness to the public. He has been honored in our local Veteran’s Day parade and to date has been the only MWD to be registered at the local annual Stand Down. He has visited local elementary schools and will be a guest honoree at the local Elk’s Lodge this year at the September 11th ceremony. Recently, he was entered in the National Humane Society Top Dog Competition to which he was accepted into Round 2 and made the top 3 dogs in his category. Iiken has also been honored to receive 2 care packages from MWDTSA and he is a member of the US War Dog Association.

It is important to bring awareness to the American population that Military Working Dogs are extremely important to the safety of our Military men and women serving in the Military. Iiken has saved many service men and women in his life to include contributing to the safety of the President of the United States! I am including a photo of my Son and Iiken when they were training at the Pre-deployment course at Yuma Proving Grounds. My Son, SSGT Robert Miller is still on active duty and was recently an instructor at the same course. He is now stationed in VA.