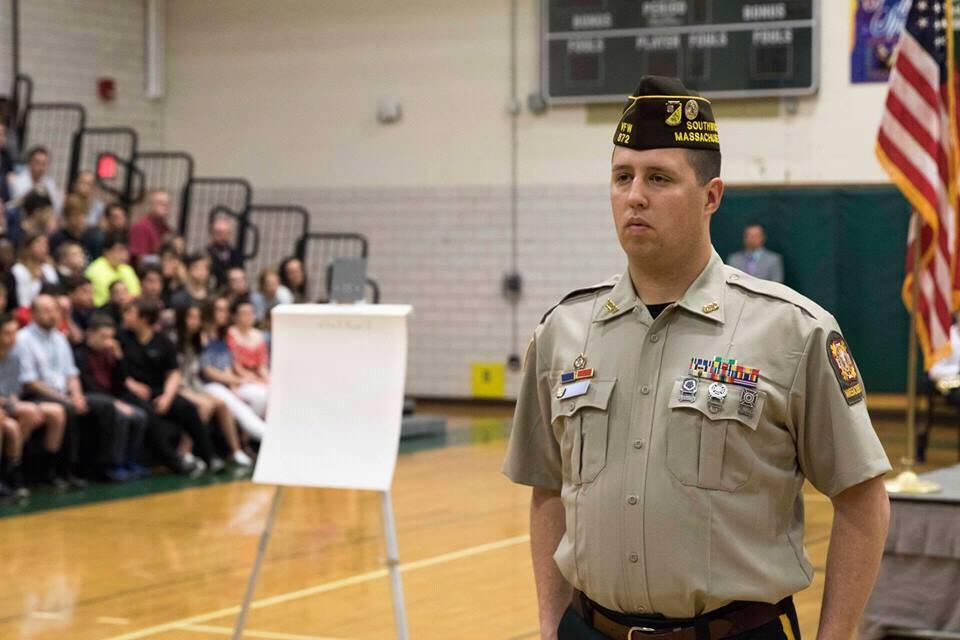 I enlisted in the US Army Reserve at 17 years old under the split op program. I attended BCT at Ft. Sill, OK and AIT the following summer at Aberdeen Proving Grounds, MD. I was then attached to Medical Units and CSH as an electrician and combat scenario instructor while stateside. I was cross-leveled to another Unit and deployed to Iraq during OIF II from December 2003-February 2005 serving at FOB Speicher in Tikrit, Iraq.
While in Iraq I served as a Power Generation Mechanic, convoy driver, convoy security, Foreign National security duty on the FOB, and perimeter security for the FOB.
I was also deployed previously to the country of Paraguay for 16 days where I was tasked assigned as a medical supply clerk and electrical operations. I also had the opportunity to cross-train as a dental assistant.
While serving stateside I was assigned to Units in Massachusetts, Connecticut, as well as detachments in Maine and Vermont.

I currently serve as District Commander and will most likely be re-elected to a second term for 2020-2021. I hold many Offices at my Post to include Trustee, Chaplain, and Surgeon. I am also running for Post Commander this year. I was District Chairman for Patriots Pen and Voice of Democracy for 2018-2019, and also served as District Adjutant during that time.

During the COVID-19 pandemic, the Governor’s Task Force of Massachusetts approached the VFW about utilizing our Post buildings in conjunction with MEMA for excess medical supplies for citizens to donate for our hospitals, nursing homes, etc. The State Command enthusiastically volunteered for this mission and we have had several Posts throughout the Commonwealth, including four in my District who have participated with collected donations.

Unfortunately, tragedy has struck one of our State Soldiers Homes located in Holyoke, MA which falls within my District. VFW is up there monthly if not weekly for visits, bingo games, Christmas parties, and pizza. VFW has taken the lead on advocating for those who have died totaling 21 so far with 15 confirmed deaths due to COVID -19, for those who are infected with COVID -19 currently which totals 59 residents at the home, and the remaining 160 who have tested negative. We are working with other veteran organizations, our state legislators, and the public to address how this happened, hold wrongdoers accountable, and advocate for serious reform by the State regarding the makeup of the Board of Trustees and to hopefully to implement advisory positions at the Home to be filled by a representative from each of the veteran organizations, including the VFW.

I do it because I am called to it. I have a wealth of life experience coupled with my experience in the Army that allows me to use my talent for my beloved Veteran community and the communities that fall within my Post and District purview. Everyone has something to contribute and this is mine.