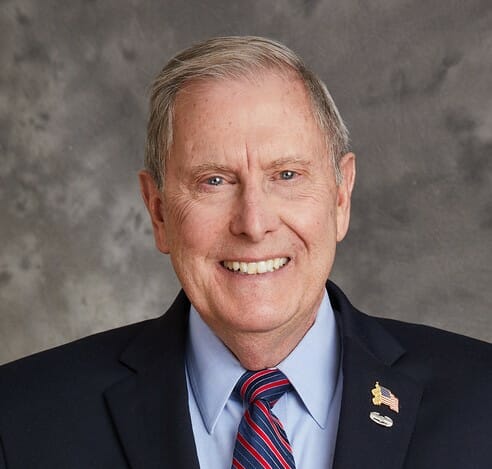 Bill Wenger, after 42 years of commissioned service in the National Guard, Reserves and Active Duty to include 4 voluntary active-duty combat tours in Iraq and Afghanistan after his initial military retirement in 2000 continues to serve his nation, state and community.

Wenger is a VFW Life Member of Post 10049 in Simi Valley. His work in advising the Afghan police was recognized during his last tour there in the national VFW Communications article.
Wenger has served as a U.S. Army Reserve Ambassador for California for the past three years. He is the Southwest Regional Director of the U.S. Army Ranger Association for which he was awarded the President’s Award for leadership excellence in 2020. He is the Executive Vice President of the Greater Los Angeles Chapter of the Association of the U.S. Army. He has served as the Metro Area of the five counties in and around the Greater Los Angeles area for Employer Support of the Guard and Reserve for which he has been regionally recognized as the outstanding trainer of volunteers.
Wenger served for more than fifteen years as a Special Reserve Police Officer of the Los Angeles Police Department teaching leadership.
Wenger has been involved in Scouting since he was a Scout in the 1950s. He continues to serve as an adult advisor to two Boy Scouts of American councils. He serves actively as an advisor for Post 558, a Learning for Life Infantry specialty post assisting high school-age Scouts prepare for attendance at military academies, ROTC programs and as a law enforcement officer.
Bill is active with one of his several graduate schools, the American Military University of the American Public University System as a member of the Alumni Advisory Council, an officer of Pi Gamma Mu International Social Science Honor Society, a University Ambassador and a Mentor.
In February of this year Wenger’s book based on his most recent MA thesis in U.S. History at AMU achieved No. 1 Best Seller status on Amazon:
The Key to American Independence:
Quantifying Foreign Assistance to the American Revolution

Bill Wenger continues to seek to expand his service to his nation, state and community.

Life-long commitment to service to my country, state, and community.