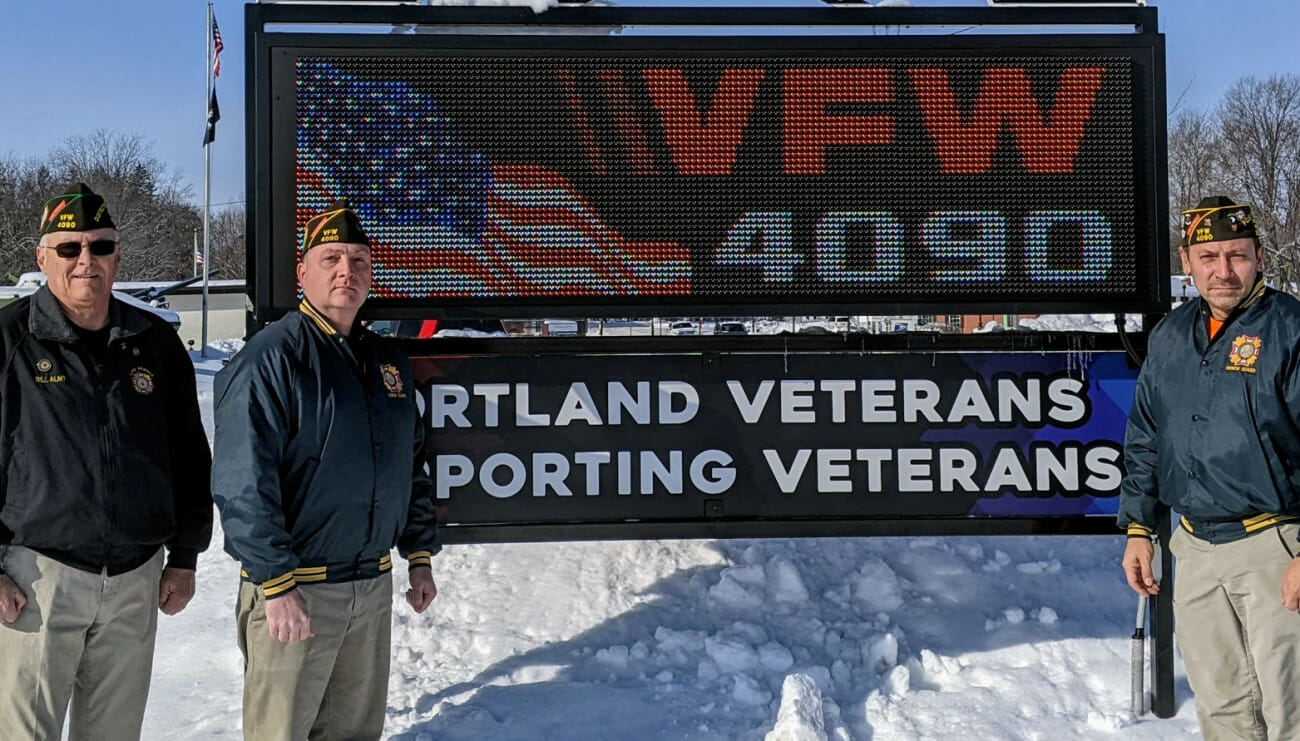 On June 22, 2015, a tornado struck Portland, Michigan, wreaking havoc throughout the area. When residents of Mayfield, Kentucky, experienced similar destruction after a tornado tore through their town in December 2021, the Portland community was ready to help.

“Knowing firsthand the devastation and emotional strain brought on by such an event, the citizens of Portland generously stepped forward in support of our fundraising event,” said David Reed.

Reed is the Commander of VFW Post 4090 in Portland. He worked with District 9 Senior Commander William Almy and Senior Vice Commander Andy Huhn to organize a burger fry to raise funds for victims of the tornado.

After the event was featured on the evening news, people from around mid-Michigan turned out to show their support. Between 200 burger orders filled and other contributions received, VFW Post 4090 was able to donate $3,000 to the veterans and community of Mayfield.

Reed appreciates everyone who helped make the event a success.

“I’d like to extend a special thank you to all the volunteers who helped organize and pull off this event on such short notice,” he said. “Their commitment to veterans and our fellow Americans — at a time when it was needed most—has not gone unnoticed.”