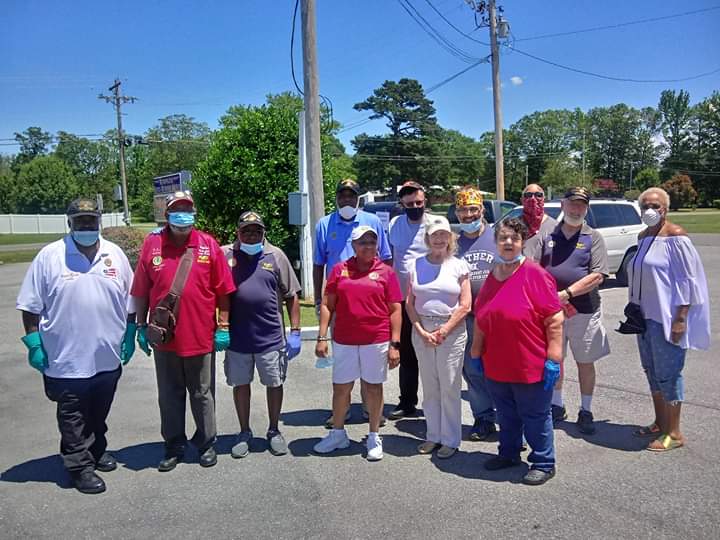 VFW Post 7461 and members in Indian Head, Maryland, have come up with a number of unique ways to serve their community and help people remain positive during the pandemic.

Post Chaplain Bridgette Alfred has been posting articles of inspiration on Facebook and though a local online magazine. Post Jr. Vice Commander and Department of Maryland State Chaplain Tiffany Daniel has used prayer and sending cards to keep morale lifted.

Daniel also helped coordinate a series of online meetings as a virtual retreat throughout April, May and June. Senator Michael D. Brown sponsored several of the sessions. They covered a wide range of topics including claims and benefits, mental health issues, financial strategies, legislation and grant writing.

“As we conducted the virtual retreat, woman and men have let us know it has been a game changer for them. It hasn’t only given them something to do, but the information the presenters provided has been meaningful with tools they can use now and later in life,” said Daniel.

There have been free online yoga classes instructed by Daniel via Facebook supported by a nonprofit organization that promotes veterans practicing yoga. When a senior center had to close, another nonprofit helped get yoga equipment to veterans who wanted to take part.

Post Commander Edward Holland is chapter president of a federal employees association and has been hosting meetings on topics of interest to federal workers and retirees during this unusual time.

The Post assisted with the selection and distribution of more than 200 plaques and certificates honoring those working hard during the COVID-19 crisis. They facilitated a Memorial Day program and also helped with a local food drive and fundraiser.

“We raised enough money to assist with two meal distributions in May and June to feed our seniors, disabled, veterans and community. The fundraiser will run until August to help support our local food banks,” Daniel said.

There is no shortage of ideas and motivation in Post 7461. They plan to do anything they can to keep serving so their community stays strong.