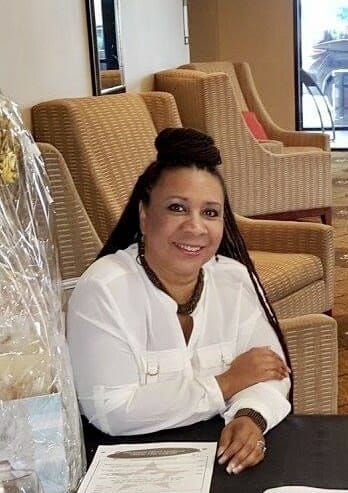 Susan Smith served in the U.S. Air Force for more than 20 years in locations from Germany to Japan and says serving is – and always has been – a part of her life.

“As a 13-year-old, I volunteered to tutor elementary school students in math,” Smith recalled.

“While in the military, I volunteered in my off-duty time a lot. I helped pregnant teen moms, was a mentor, taught literacy and other things. I also love to travel, and I’m always interested in ways that people in other countries serve and the things that they do to fill needs.”

Smith and her husband, Jeffrey, began exploring new ways to make a difference shortly after she retired from the Air Force. They joined a mission team in Zimbabwe, Africa, and built 18 wells for clean drinking water and two multipurpose buildings that could be used for churches, schools and meetings. They also lived in Jamaica for a year and a half serving the needs of children and the community as members of a local Kiwanis International club.

After returning to the U.S., Smith lived in Dallas, Texas, for a time and became a VFW Lifetime Member with Post 7843. She’s now returned to her hometown of Los Angeles, California, where she’s made service part of her package delivery company as CEO and owner of Logistics LLC.

“We have established a Mission Resource Team (MRT) and distribute ‘Blessing Bags’ to the homeless. Last year, we distributed around 900 bags, and we’ve done about 70 so far in 2021,” said Smith.

“The first time we distributed the bags was Christmas Eve in 2018. We gave 50 drivers each one bag to pass out while making their deliveries. They came back with stories about how touched people were and how touched they were to give.”

The company also has worked with another business to deliver 300 care boxes for homeless veterans to March Air Reserve Base. Throughout the past couple of years, Smith and the MRT have taken care of employees facing hardships as well.

“We had a driver, a marine veteran, who we found out was homeless. We gave him a car, and he’s now one of our dispatchers,” Smith said.

“Another employee and his family became homeless and moved into a motel. We helped with food, toiletries, cash and paid for our fleet mechanic to fix their family’s car. When we heard one employee was in an abusive situation and needed food, our MRT found her services for assistance and set her up with food boxes.”

Smith’s dedication to service has led her to build up whatever community she’s in, and she feels it is just who she is. She hopes her story will inspire more people to seek out opportunities to help others in any way they can.

“I find it very rewarding to be able to help someone else,” said Smith.

“I’ve learned that you start where you are. Our goal is to be able to help more veterans in the Southern California area. Sometimes the connections are not there from the start. Just begin working, like we started with the Blessing Bags, don’t wait for the perfect serving opportunity – just serve.”